Torill Mortensen cites an explanation from Melidda Federoff's thesis on heuristics and usability guidelines for the creation and evaluation of fun in video games.

Why Bother with Heuristics?

Usability heuristics are identified usability principles that trained evaluators use to assess the goodness of software design. This particular usability evaluation method is rather quick and inexpensive, usually requiring three to five evaluators each spending one to two hours to do two passes through an interface while producing a list of heuristic violations (Nielsen, 1994). Heuristics also provide a clear understanding of the principles with which a design is built. 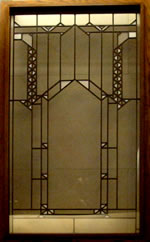 Software design is not a matter of avoiding gotcha's. Sure, it's nice to minimize training costs by making it easy for novices to use a system, but training is merely one kind of cost.

In addition, consider how Nielsen's justly-famous Ten Usability Heuristics assert that one particular aesthetic approach is universally valid and preferred to all others. Usability values Minimalism, functionalism, and the reflection of function in form. There's no place here, for example, for Ruskin's elements of the Gothic:

Now, it's possible that Danish Modern really is better than anything else. I've argued elsewhere, in fact, that one of our chief failings is that we lack the old Bauhaus confidence to choose a position and argue for its true potential.

The ultimate end of all creative activity is the Web site!

But this needs to be argued, not assumed. It's particularly dubious for software, because software aesthetics is so poorly understood that many consider the whole idea an oxymoron.

When we turn to games, I think it needs to be argued with still greater skill, because it's easy to see why Romantic or Gothic or Realist aesthetics might prove quite suitable for designing and understanding games.