Roger Ebert thinks about what we read:

That's how I've done my reading: Haphazardly, by inclination. I consider myself well read, but there has been no plan. Reading Cynthia Ozick's article brought me up short: I realized I knew almost every writer she was referring to, and I realized they were no longer read. In deciding to begin this piece with the list of all the names in its second paragraph, I realized I would probably alienate many readers. I decided that was all right. This would only be of interest to those who knew a name or two.

He is responding to a Cynthia Ozick review in the New Republic in which the critic observes in passing that hardly anyone reads a parcel of writers whom everyone once read:

The literary stockmarket is indeed an odd game. Right now, I’m ploughing through Jeremy Lewis’s massive and marvelous biography of Cyril Connolly. Not long ago, I enjoyed the Mitford-Waugh letters – like this biography, a Dirda recommendation – and since both of those writers poke so much fun in their letters at Smartiboots, their pet name for pal Connolly, I thought this might be fun. And it is fun, thought it’s many hundreds of ddense pages of fun, none of which advance anything I’m working on.

This whole crowd loved to cut each other with devastating jokes. They seem to have slept with each other without too much checking into the beloved’s gender, marital status, or age; how they avoided embarrassing diseases and inconvenient pregancies baffles me. They drank like fish, seldom had any money to speak of, but were forever borrowing a fiver to pop over to Cannes. They spent a lot of time thinking about Catholicism, but that interest never seems to have impinged on their extramural sex games. 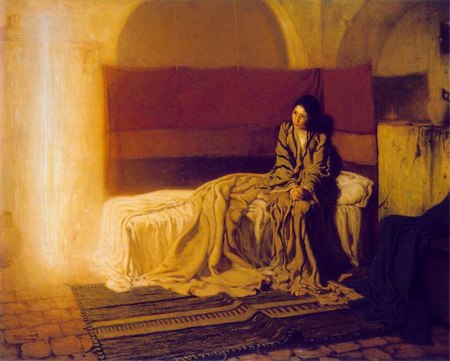 The art world is even worse. Why was Mary Cassatt the American Impressionist who was invited to the party, while Henry Ossawa Tanner, Henry Strater, Edmund Tarbell and Childe Hassam are provincial footnotes? There may be good reasons, but I don’t think you will find the explanation on the walls of your art museum. If you do, let me know and I’ll come visit.

Art is even more problematic than literature because it’s easier to look at a painting than to read a book. Tinderbox tells me that I've read 599 books between today and the 2000 start of this blog (Stefan Kanfer, Groucho: the life and times of Julius Henry Marx). That’s a lot of books, but it’s also a lot of time. I could look at 600 pictures in a lot less time. I might not look at them quite as they ought to be seen, but then, who is the ideal reader?

Joanna Russ died last week. A @RoseFox tweet sent me back to her story, “When It Changed.” I mentioned it to Linda over dinner (grilled shrimp, brown butter orzo), and she thought for a moment.

She remembered. I don’t think she’s read the story in thirty years, but that’s it. And you know something? When I read that sentence yesterday, I didn’t even think it was the strange.

We must have been doing over 120 km/hr on those turns. She's good, though, extremely good, and I've seen her take the whole car apart and put it together again in a day. My birthplace on Whileaway was largely given to farm machinery and I refuse to wrestle with a five-gear shift at unholy speeds, not having been brought up to it, but even on those turns in the middle of the night, on a country road as bad as only our district can make them, Katy's driving didn't scare me. The funny thing about my wife, though: she will not handle guns. She has even gone hiking in the forests above the 48th parallel without firearms, for days at a time. And that does scare me.

A woman driving fast? Katy with a daughter named Yuriko? In 1973, you knew right away this wasn’t Kansas. In 2011, it absolutely could be Kansas.