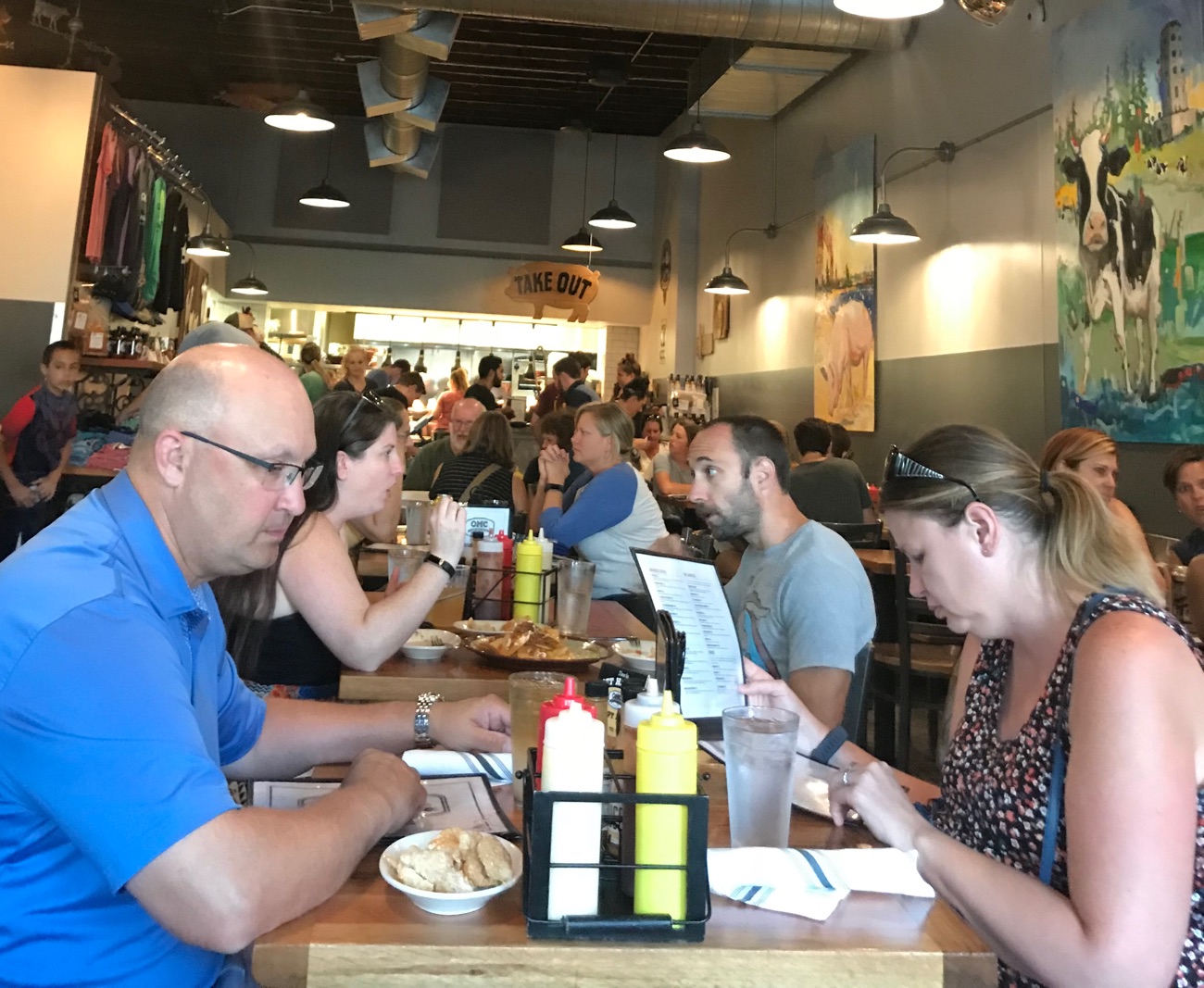 Since there was no chili today, I dropped in at OMC Smokehouse on a whim. Very nice barbecue: superb dry-rubbed ribs and fine brisket. Also a chipotle-cilantro sauce that’s a lovely idea, and a white horseradish BBQ sauce that’s said to be Alabaman and that I’ve not met before.

Small, select beer selection too. Here’s Danger Ale, since I passed the brewery on the way to Grand Marais. 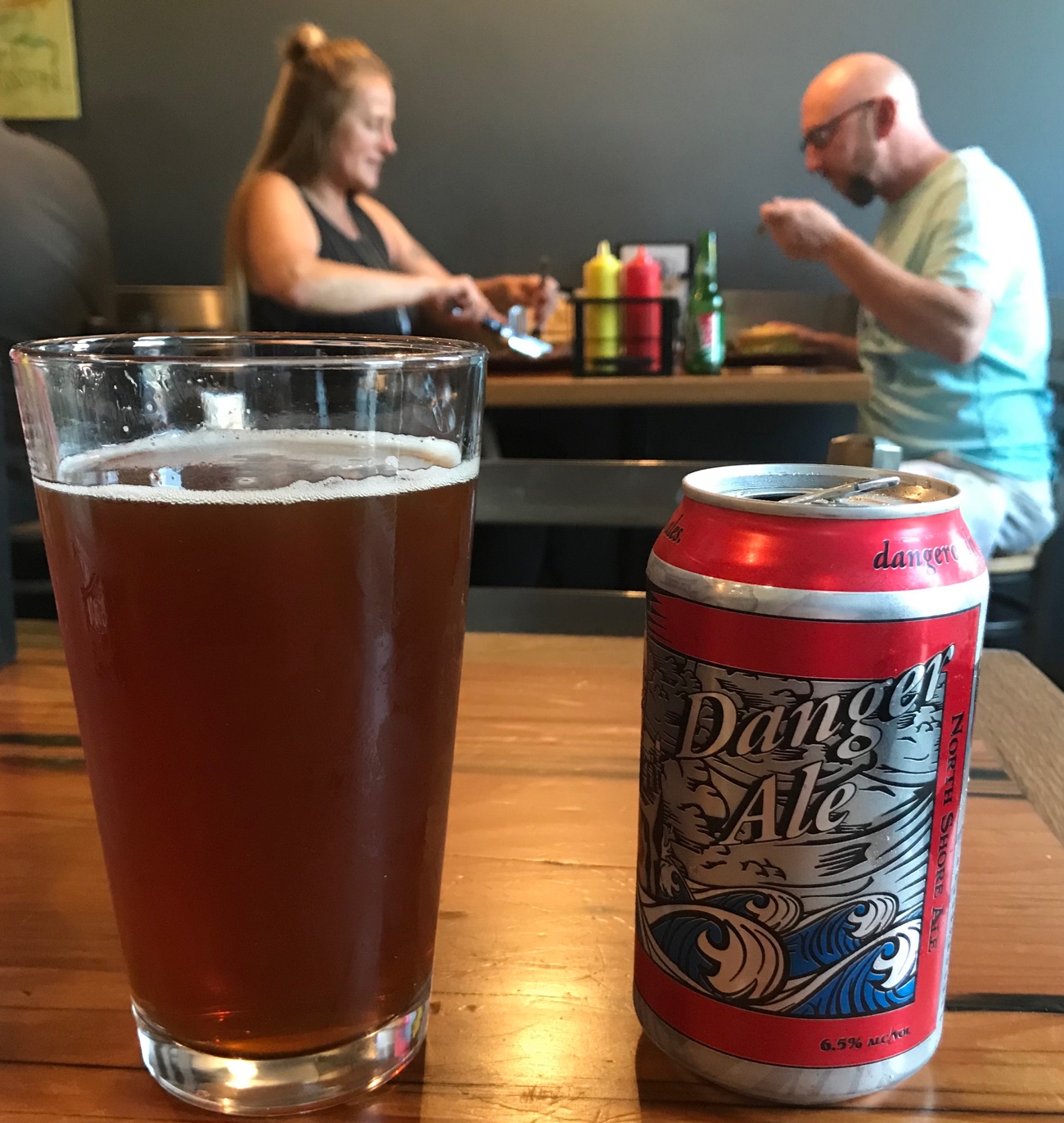 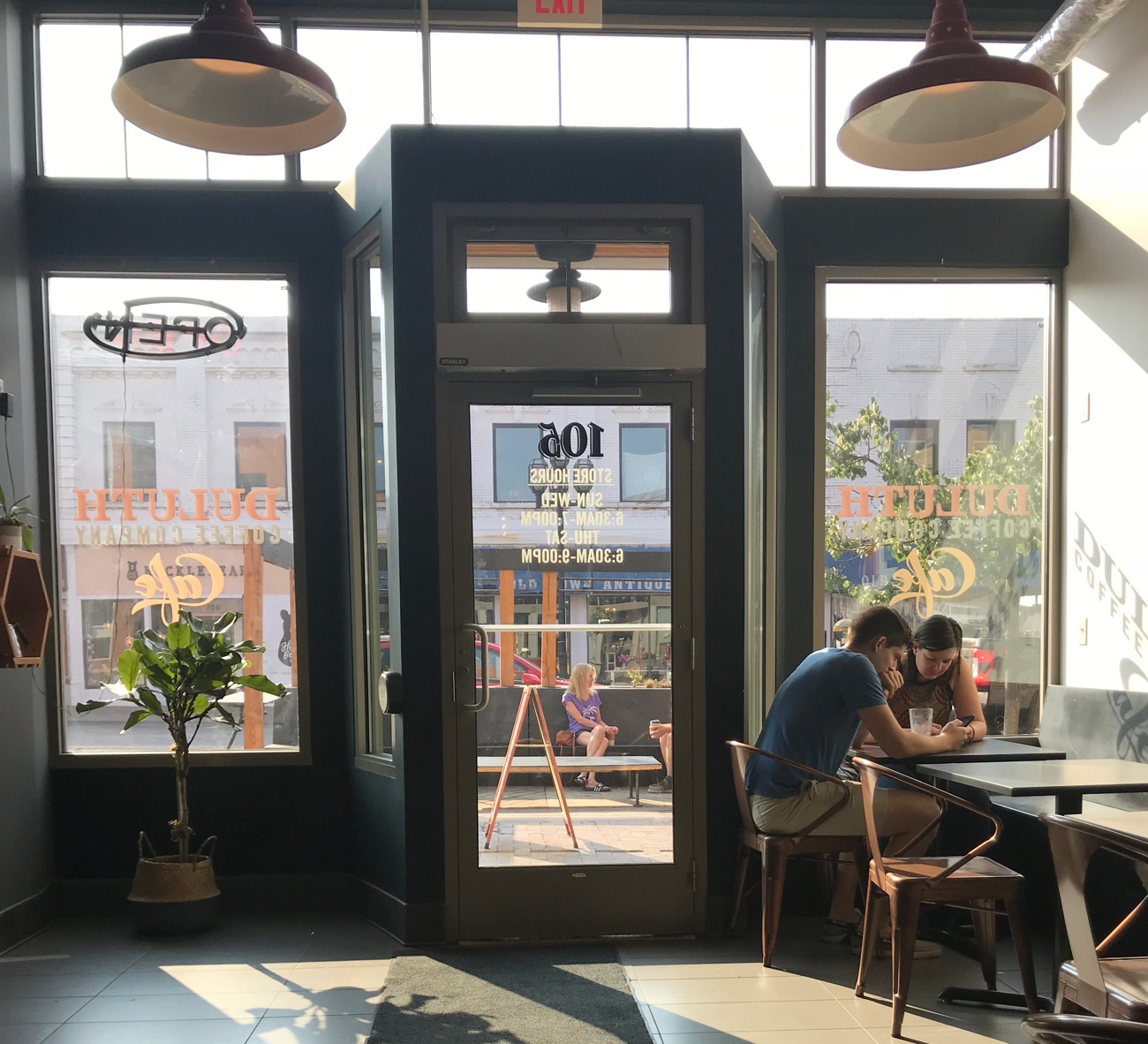 #4. The point of Swing Left is to harness the talents of people who don’t live in a swing district, and use those talents where they will do most good. It’s good sense: it’s also radically strange.

In 1952, a law student named Abner Mikvah stopped into his local Democratic Party office to volunteer to work for Adlai Stevenson and Paul Douglas. “Who sent ya?” asked the ward boss in charge.

“Nobody sent me,” Abner replied.

“Well, we don’t want nobody that nobody sent.” (Mikvah would eventually become a legendary Illinois Congressman, judge, and White House Counsel.)

This story is baked into the Democrats’ DNA. It actually made sense once: the typical law student was Republican, back at the turn of the 20th century. So were the lawyers, the doctors, the ministers, the university professors. If it mattered whether your shirt was clean, you were probably a Republican. Democratic volunteers were stevedores, horsemen, plumbers. Good men (they were mostly men, back then), strong men, men you would want at your side in a dark alley when the Pinkertons were closing in. But not educated men or sophisticated men, or men of rare talents: if you turned away one volunteer, you could find another just as good walking down the street.

That’s not our world, not now. If you have an advanced degree now, you’re likely a Democrat. Still, we worry about impostors, and we worry about volunteers who are just going to barge in and muck stuff up.

I’m finding that a big part of my job as regional coordinator, at least in all these meetings with party officials, is assuring people that we’re really here to help and that we won’t break their china. This shouldn’t be as hard as it is. I mean, look at me: I’m obviously not running for office, or bucking for a job with the party, or anything like that. We’ve got people who are dying to help, just as soon as the Party decides who to endorse. (That’ll be settled this Tuesday!)

One problem, of course, is the memory of past organizations that tried to split or wreck the party: Reds, Dixiecrats, George Wallace, Yippees, or whatever Democratic goblin haunts you. Schism is a worry. Then again, imagine a world in which Hubert H. Humphrey, Minnesota’s greatest politician, found the strength in 1968 to give one more great speech at the risk of splitting the party a second time: we might have been spared Nixon and Reagan and Trump, and George H. W. Bush and John McCain might have gone down in history as honorable heirs to Ike rather than the poltroons they became.

What do we do about these talented volunteers? It’s silly to send everyone out to knock the same doors, just because door knocks are objectively measurable and we still believe in management by objectives. Some people are good at knocking doors. Some aren’t. Some people have different talents. For example, today’s mail brought a skilled ASL interpreter, eager to accompany candidates on the stump. On message and useful! Most Congressional campaigns would dismiss the idea as a costly extra, but here’s a volunteer! Not without risks, admittedly. Not equally useful all the time; lots of stumping in a Congressional race involves a tiny audience and what are the odds? Still, it’s worth a try. 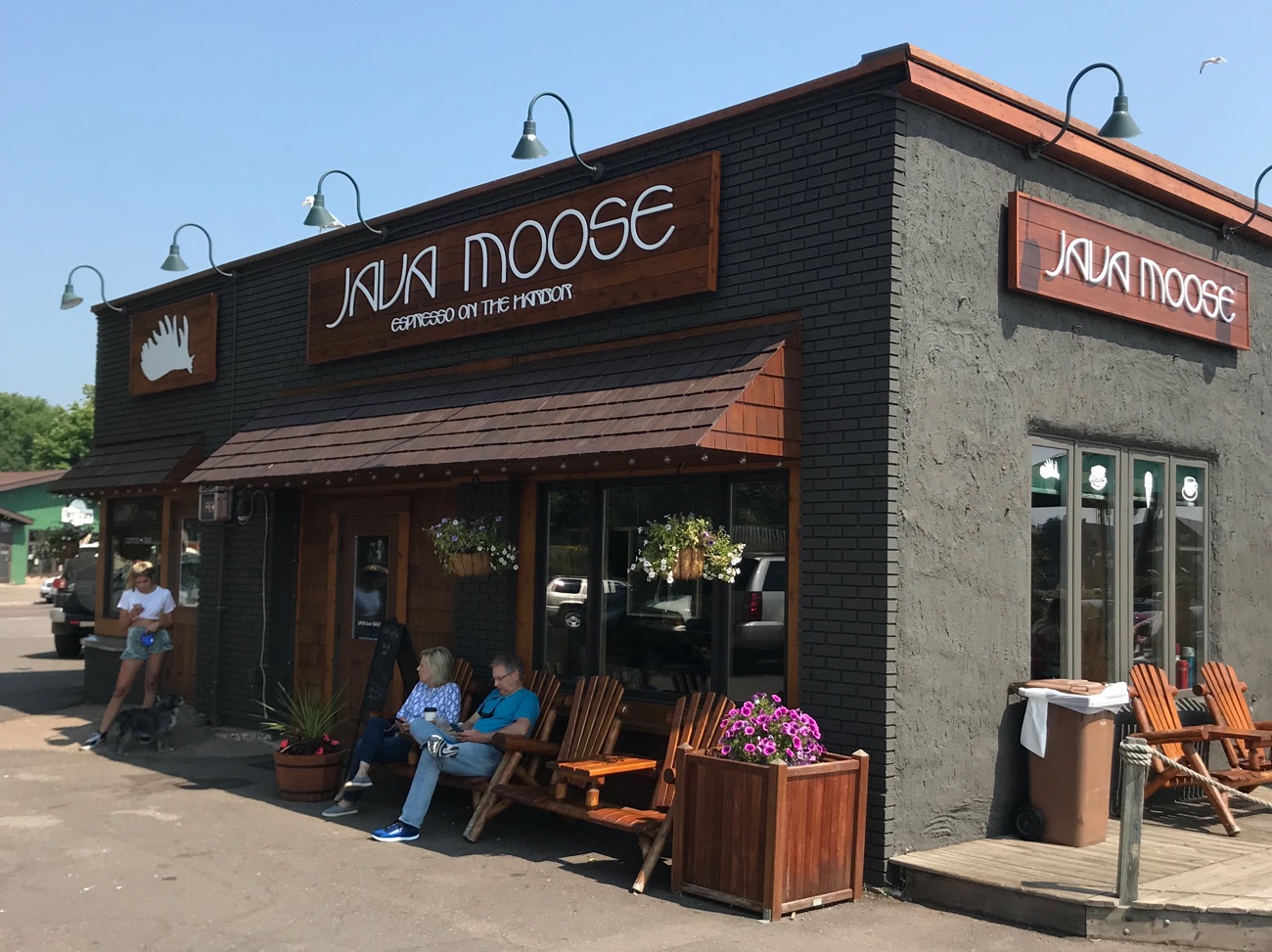 After a breakfast meeting in Duluth, I drove 120 (gorgeous) miles to Grand Marais for lunch with a bunch of brilliant local activists, an extremely insightful crew who were not hiding their talents or their opinions. The best local briefing I’ve had in my (admittedly short) career.

Then back to Carlton MN for the annual Chili Bakeoff, which should be an inspiration to the Malden Dems. But I bollixed the dates: no chili today! (Google and Apple Maps each have a different idea of where the chili bakeoff will be when it will be, but both are about a mile wrong. In different directions. Fortunately, one of the erroneous places is a house occupied by Good Democrat-Farmer-Labor supporters.)

#3. Minnesota is BIG. Today was my introduction to MN-08, the top-right quadrant of the state. It's a tossup, a Swing Left key district, and the day after tomorrow’s primary we’ll know who our candidate is. Today, nobody knows.

Started the day driving to North Branch, where I rendezvoused with our super-duper research coordinator for an overview.

Then a long drive to Duluth, passing the Rural School Museum and it’s already-amazing tree heavy with apples for teachers.

In a disused retail store in Duluth’s Lincoln Park neighborhood, I met with a DFL organizer to ask, basically, what they need. Swing Left’s novel strength is that we’ve got lots of people (like me!) who are engaged in a race that’s not their home district. “Data entry?” he asked. “Well, I think I’ve got at least two professional *analysts*. And I think we have some data entry prospects in good time zones, so you can scan your canvass results at the end of the day and have your database updates done overnight.

The big anxiety here is that we'll break apart or break down. The Russian trolls may work on both: they did in 2016, and the local organizer was fairly sure that he's got some of them back this year, too.

Then a visit to Canal Park, which Fallows & Fallows describe beautifully in OUR TOWNS, and a visit with the son of a an old colleague during the Years of xil, someone I lost saw 30 years back.

Then on to Chisholm, MN (too far!) for its county fair, which had some lovely ponies. There was a Tilt-A-Whirl, too; I didn't get on it lest my shirt get caught. And so to bed 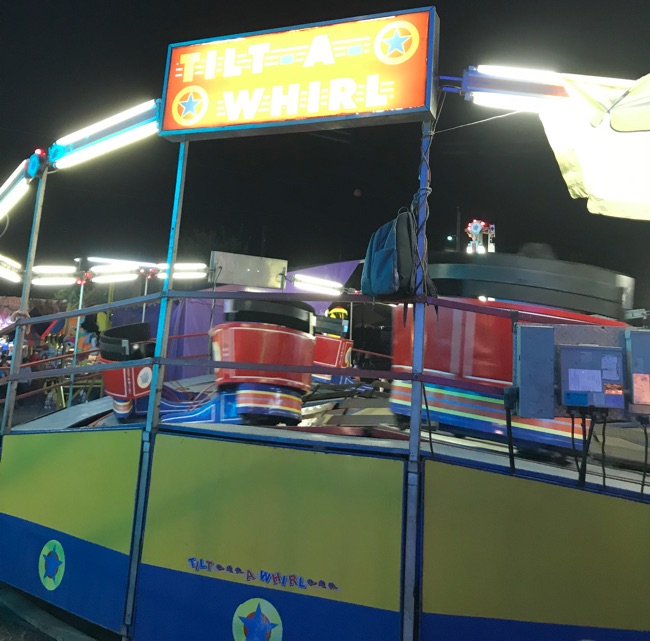 Amy Bloom explores to weird and moderately wonderful half-sisters, daughters of a minor con artist, making their way together through the America of the second world war. Iris is glamorous, Eva works hard and learns fast. Amy Bloom can create interesting characters at will, but I’m not entirely certain why she chose these particular people.

#2. Arrived in state without incident — or at least without any incident more dire than discovering, when I arrived at the hotel, that it was not the hotel I was looking for. There’s another hotel of the same name, 20 miles away.

I settled in to the expected pile of email. Lots of fresh volunteers: writers, editors, analysts, students, nurses, ministers. Almost everyone is desperately anxious. If we’re this worked up in August (and, well, look at me!), what will October bring?

The mail also brought Tinderbox upgrades, Tinderbox Way orders, a few support questions, a crash log. The Tinderbox Traveling Office, which lets me cope with orders on the road, broke down, so I fired up Xcode and wrote some more robust code. Also a long email exchange with a renowned local activist who is going to be tied up whilst I am in town.

Early dinner at the Convention Grill in Edina, recommended by the Roadfood folks who were right about the fries. 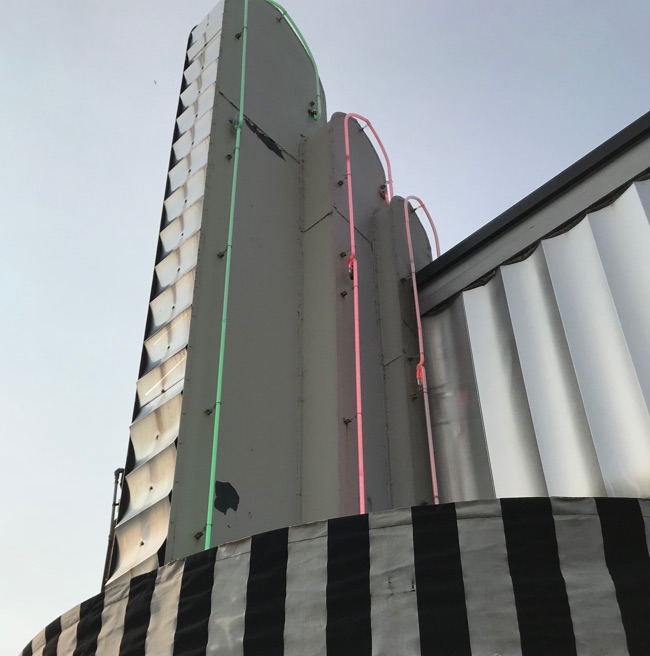 The Convention Grill was founded in 1934, but I don’t have any idea, now that I think of it, of what convention that was. Perhaps it was like Legal Sea Foods, which has nothing to do with whether the fish had a visa and a good deal to do with a forgotten brand of collectable stamps. Perhaps it’s related to the Minneapolis Teamsters Strike of 1934.

#1. I’m off to Minnesota today, where I’ll be doing my bit to help Swing Left turn the House blue. In 90 days, we vote. We need to flip 23 seats. This may be our last chance to save the last, best hope.

I’ve set up what promises to be an amazing week, meeting with candidates, campaign managers, activists, and of course our incredible Swing Left Minnesota teams. In Minnesota, we have 5 key districts: that’s more than any state other than California.

One key key idea for Swing Left is that this land is our country, and we can all work to take it back. Our Minnesota teams have lots of volunteers in Minneapolis and Duluth and in all towns across the state, but we also have volunteers from all over the country and the world who care deeply about a better America, an America that open and generous and good. You can help a lot, even if you don’t live in a battleground. 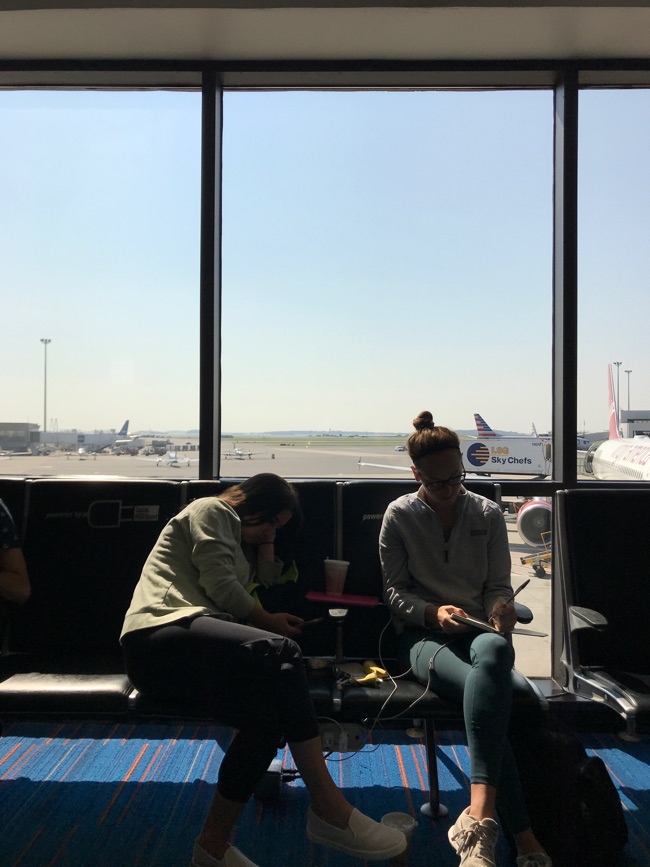