Yesterday, someone named “GoldenRing” tried to get me banned by ArbCom, arguing that the only reason I’d not been banned is that they’d forgotten me, and complaining that I kept referring to my scurrilous writing about Wikipedia.

This nonsense can be a bore, so I replied in alliterative verse. It runs long: here’s a taste.

People who think me pernicious, perfidious,

And pretty much perfectly putrid would be

Glad to display my poor noggin on pikes…

Some reviews here. One bystander clearly thinks I’m in contempt of court, but since I’ve already called this panel “infamous, thoughtless, careless, and reckless” I don’t think a little alliteration really adds to the pile.

Elsewhere, one fellow tried to edit-war 3,000 words of insinuation of fraud into Brianna Wu’s talk page. Something happened at the page of Frank Wu, the husband of a GamerGate target, but whatever it was, it was sufficiently vile that the whole record has been expunged. Edit wars broke out at Anita Sarkeesian over whether, in describing the harassment, she should be called “Anita” or “Sarkeesian” and related topics.

And did I mention that Boston has an awful lot of snow? 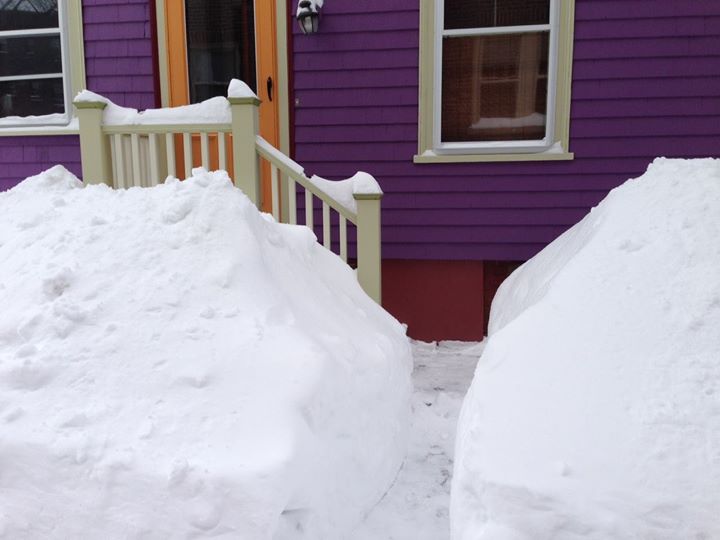 The page on Criticism of Wikipedia has been pretty much taken over for now by GamerGate. Versions had for some time stated that other papers “parroted” the original report of The Guardian.

In January 2015, The Guardian reported that the Arbitration Committee had banned five feminist editors from gender-related articles on a case related to the Gamergate controversy, while including quotes from a Wikipedia editor alleging unfair treatment.[102][103] Other commentators, including from Gawker and ThinkProgress, parroted similar stories while sourcing The Guardian.[104][105][106][107] However, these articles were noted to have been “flawed” and factually inaccurate by the Washington Post and Slate as the Arbitration case had not concluded as at the time of publishing, so no editor had been banned yet.[103][108]

Anyway, the problem here is that quite a few newspapers are involved, and I doubt the editors of Der Standard or de Volkskrant or El Fichero would enjoy being termed a parrot. Most of these stories were bylined, bylines are subject to collective bargaining, and in the case of EU papers we have the question of moral rights as well. It’s one thing to mess with the masthead of your amateur magazine, but one doesn’t want to tangle with half the writer’s unions of Europe to assuage GamerGate vanities. I tried to fix this, one of the usual suspects promptly unfixed it, but at least “parroted” has been replaced with the (slightly) more respectful “reiterated”. Still, if I were Louise Mariam at The Inquisitor, Lauren Williams at Think Progress, Alanna Bennet at The Mary Sue, or Andy Cush at Gawker, and I’d reported the story, I might not think this the best part of waking up. If I were their editor, my eyebrows might be raised. And if I were a shop steward in the Newspaper Guild and a member of my brotherhood was called a parrot? I imagine the European reporter unions are pretty strong (and in the EU have moral rights as well as copyright and contracts to protect); one wouldn’t want to get (err…) in Dutch simultaneously with De Volkskrant and De Verdieping Trouw.