Over in TEKKAlogue, Madison deplores a publicity stunt behind a new game, Playboy, The Mansion. Its developers are offering people a chance to be built into the game.

The rules: You've got to be 18. Could they perhaps add another, small rule? Like... keep your panties on, at least? 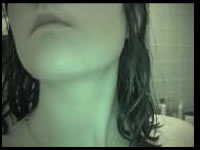 Elin agrees. I'm not so sure, though: if the people behind this stunt weren't Playboy -- if this were Gonzalo's project, say, would we be quite so contemptuous? Our reactions to Playboy are mediated by class (so downmarket! so prole!) and era (so very 1950's!); if you don't watch out, the brush that tars The Mansion also gets Peau Nue and Suicide Girls and "The Babysitter".

I've thought for years that there was a fine game to be found in the strategy and tactics of the Victorian ball. I'm not especially hopeful that Playboy has got it right, or even that they worked hard at it, but I think we might take a look at the work and see what there is to see.

Last night, I saw South Africa's Pieter-Dirk Uys in Foreign Aids. He's one funny guy. He's been doing a lot of work in schools, explaining AIDS to kids and trying to convince the rest of us that, if "just say no" is our final answer, then AIDS will succeed where apartheid failed. Sex happens.