Two charming (and very fine) wine tastings — one in a lovely store (with a lovelier restaurany) in an industrial park outside of Vinci, the other at Tenuta de Capezzana, a delightful hilltop hamelt near Carmignano.. The archeological museum (in a Medici villa) at S. Artimino was closed in the afternoon, but intriguing. So was the walled 13th century town (in which every street appears to be the street of either 5 or 15 martyrs), above the tiny abbey church of St. Martino in Campo, which has 12th and 14th century improvements to a 10th century structure. 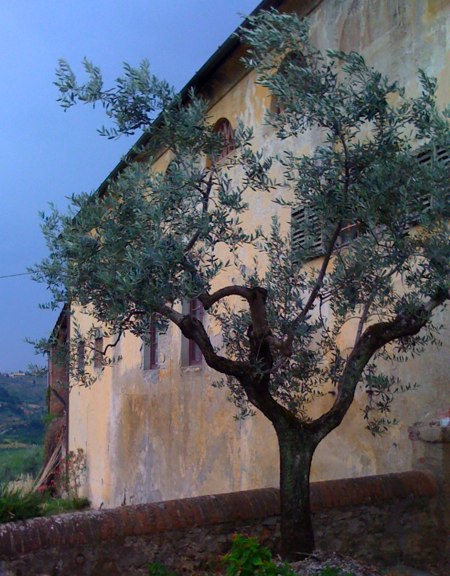