Our Slaves Of Steel II

I talk about “Our Slaves Of Steel” at the Computing Community Consortium’s blog on Innovative Ideas. 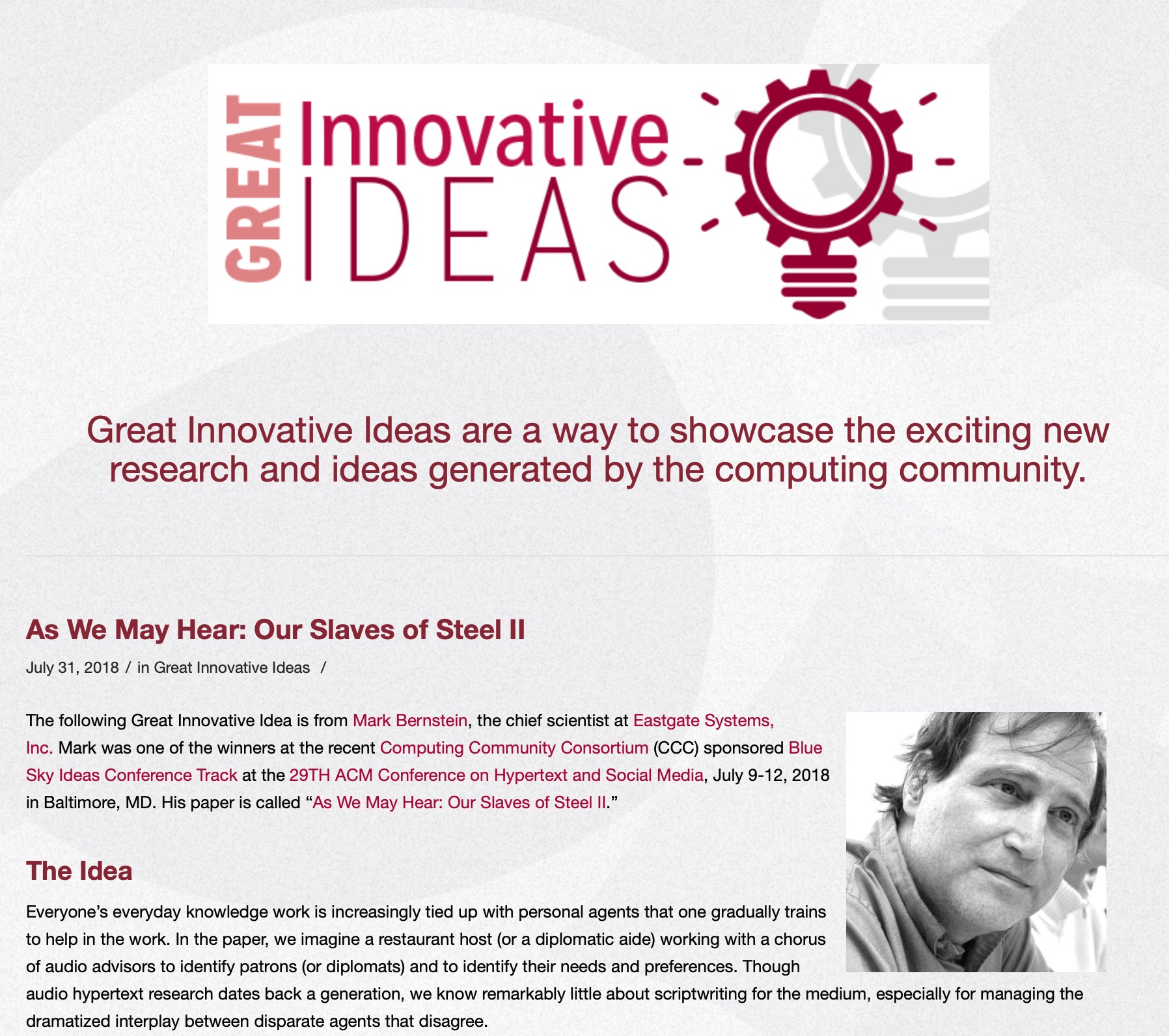 Flesh and Bone, a series by Moira Walley-Beckett and partly written by the redoubtable Adam Rapp, is again available for streaming after a mysterious hiatus. It’s really good, if you can get past the obstacles.

It’s a story about a ballet dancer. That’s the first obstacle: it’s got eight hours to play with, and the shadow of The Company and The Black Swan and occasionally of Chorus Line sometimes looms over the writers.

Second, it understands that dance is about bodies, and that dancing is hard on bodies. There are a lot of bodies. Sometimes you’ll think, this is pornography. Sometimes, you're not entirely wrong.

There are missteps. Some of the pain is, I think, too painful to watch. The audience is a character too, of course, but where in Altman’s The Company the audience is by turns very stupid and deeply generous, here the audience is always ghastly and often despicable.

But this is a fascinating extended meditation on art, its painful sources, it's doubtful pleasures, and its costs. Everyone here is an artist: the dancers, the choreographers, the teachers. The drug pusher works out of an old factory in The Bronx where he makes huge sculptures. The street person, Romeo, who lives outside our apartment is working on a novel. This is one big story, it she is away from mere allegory, and in the end it’s realistically weird.

A delightful collection of interviews with truckers, bargemen, and railroad engineers.

We must now assume that the US President, and at least some of the advisors and family members he has appointed, have delivered secrets to Russia. As a result, none of our secure systems can be trusted. For example, we cannot be confident that the passcodes to all electronic medical records are not available to Moscow, WikiLeaks, or the highest bidder.

When our national nightmare ends, we’re going to need to change a lot of locks and reset lots of passwords. When we do so, we we also must assume that any committee or team tasked with doing this might include a mole.

It’s possible to work around the presence of potential moles, but it complicates everything. We’re going to have to start thinking about this now.

Here’s the paper I wrote with Dr. Clare Hooper on A Villain’s Guide To Social Media and Web Science.

If we have not yet achieved planetary super-villainy on the desktop, it may be feasible to fit it into a suburban office suite. Social media and Web science permit the modern villain to deploy traditional cruelties to great and surprising effect. Because the impact of villainous techniques is radically asymmetric, our fetid plots are difficult and costly to foil.

This is no laughing matter: much of our recent research in social media is chiefly beneficial to malefactors.

I think this is the most significant paper I’ve written. 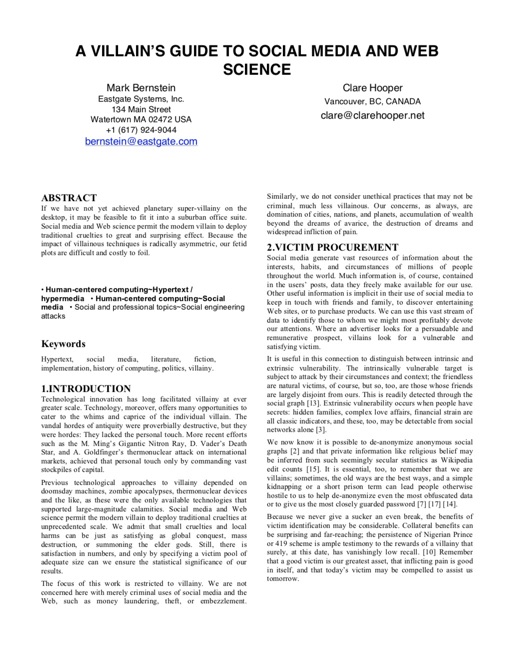