I'm chairing a meeting for WikiSym in Porto on Saturday. I'm here on Thursday, so that a plane cancellation won’t leave my meeting unchaired. 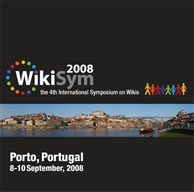 But no time or resources are wasted; the early arrivals are sampling food, tasting drinks, and discussing many esoteric topics to make sure that WikiSym will be everything it can be.

Much depends on dinner. It always does. If you think Google makes you stupid, try skipping a few meals while flying across an ocean.

For dinner, we had veal transmontane (very tasty — we kept calling it lamb— with kale and new potatoes and olive oil) and fluffy fresh cod (more new potatoes). A glass of white port with the charcuterie, and a bottle of vinho verde with dinner. After dinner we checked out a drinking establishment where we might take the conference after the banquet. Research continues: is the local beer OK? What is the aguardiente that the characters in my Portuguese mystery keep drinking? (It's distilled, it's somehwere between brandy and grappa I think, and the top-shelf brand I sampled was very good indeed) What will the band be playing? (Several amplified traditional fretted strings, from lute to bouzouki, and two kinds of bagpipes, and a front singer) What happens if it rains? How will people get there, and how will they find their hotels?

update: the link below to "Mader on WikiSym" was suggested by Tinderbox and its link apprentice. Tinderbox suggested this before I mentioned that Mader was at the dinner; he ordered the codfish. Sometimes, the link apprentice is too smart for its own good.