eNarrative 5: The Uses of History 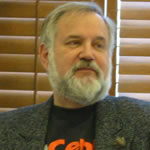 At eNarrative 5, George Landow talked about the importance of good hypertext ideas the Web forgot or deferred -- things like multi-headed links. Or two-way links, which Intermedia had in 1986 and weblogs are now regaining (more or less) through trackback. Meg Hourihan was taking notes on the sources; when she and her colleagues were building Blogger, they didn't know about any of this.

Of course, that's understandable: they were building a system (and a company) that went from zero to a million users in the blink of an eye and that changed the way we think about web sites, personal writing, and journalism. They weren't writing a dissertation. The point is that everyone sees how interesting systems like Intermedia are, how filled with ideas to try. (And, just as important, we all see what we can do better, now that we're six and as clever as clever!)

So, while the exLiterature types bellyache about superficial changes that make some work (work just older than their own) seem less than shiny-new -- user interface details, icons, black-and-white pictures, stuff like that -- the people who really know what they're doing are digging up even older systems and enjoying them for their new ideas. The adolescent sees something that's slightly old and says, "This means nothing to me". So what? Anyone can do that. The hard thing is to take something so old and soiled and dull that nobody can remember what is does or how it works and see it again as a bright and shining thing. 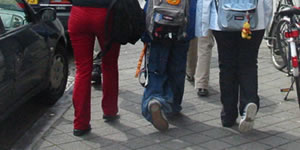 Update: from Alan Kay, a nice collection of shiny old gems. Thanks, aaronsw!