This is not Austria; there are kangaroos in Australia. Here are three (yes, three -- Hi, Joey!) of a mob we saw today at Serendip. 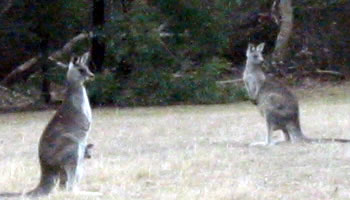 Kangaroos are sociable, but when they decide the party is over, they depart with elegance and grace. And when the kangaroos decide they'd like to jump over the fence, they don't even break stride. Just a little extra bounce to their step and they're over. Movies and zoos give you no idea.

There were also some emus about. Emus are big, curious, and they aren't particularly worried about consequences. They're easily bored, though; this fellow had no interest in weblogs at all. 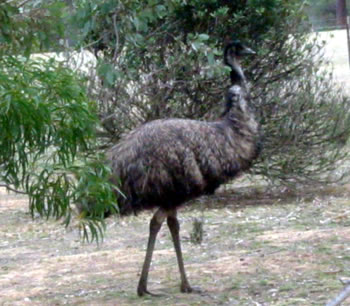 Later, in the Brisbane ranges, we found this sleepy fellow in a tree. 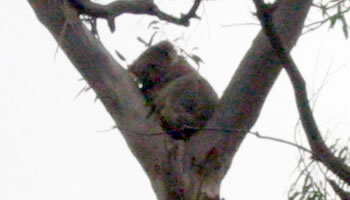 In fact, we met four koalas in various trees. All were drowsy, though one was clutching a tasty eucalyptus stalk just in case it wanted a midnight snack.

You've got to like the naturalist who decided this was the superb blue wren.

And so it's time to set the alarm clock; I rise at 5 (ouch!) and it's off to Boston for the night, and then to New Jersey where there are few roos.