Michael Druzinsky passes along a rather good article on how the Web has collapsed the UFO phenomenon. We can no longer believe the men in black can keep the truth from us; there are simply too many web sites. We know how to use the net to attack a hoax, too.

In Charles Stross's Iron Sunrise there's a moment when an official of the second UN -- essentially The Federation -- takes out her ID card. What's on the card? Against a field of stars, the traditional triple-W.

I just started Michael Bywater's nifty Lost Worlds: What Have We Lost and Where Did It Go?

. What's lost here, refreshingly, is not so much the dodo and the Tasmanian Tiger of Yesteryear as The Idea Of America and the meaning of "affordable". Bywater may be the first person to base an argument on the discovery that a preposterous phrase is not a Googlewhack: how can "affordable business jet" get a hundred hits? What does it mean that we can say such a thing? 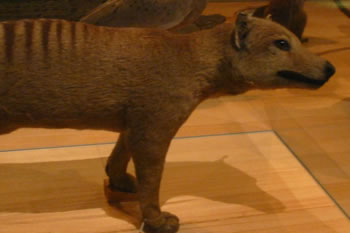