Revolution 60 by Brianna Wu is an intriguing hyperfiction performed as an animated film. A tactical team of four (very talented) operatives have been called in to deal with a hijacked space station, working in the service of a AI overseer. Holiday, the player character, is a motorcycle-riding combat specialist. She’s teamed with Valentina, advised by tech-savvy Amelia, managed by a manipulative suit named Minuete, and opposed by a conspiracy we don’t understand. 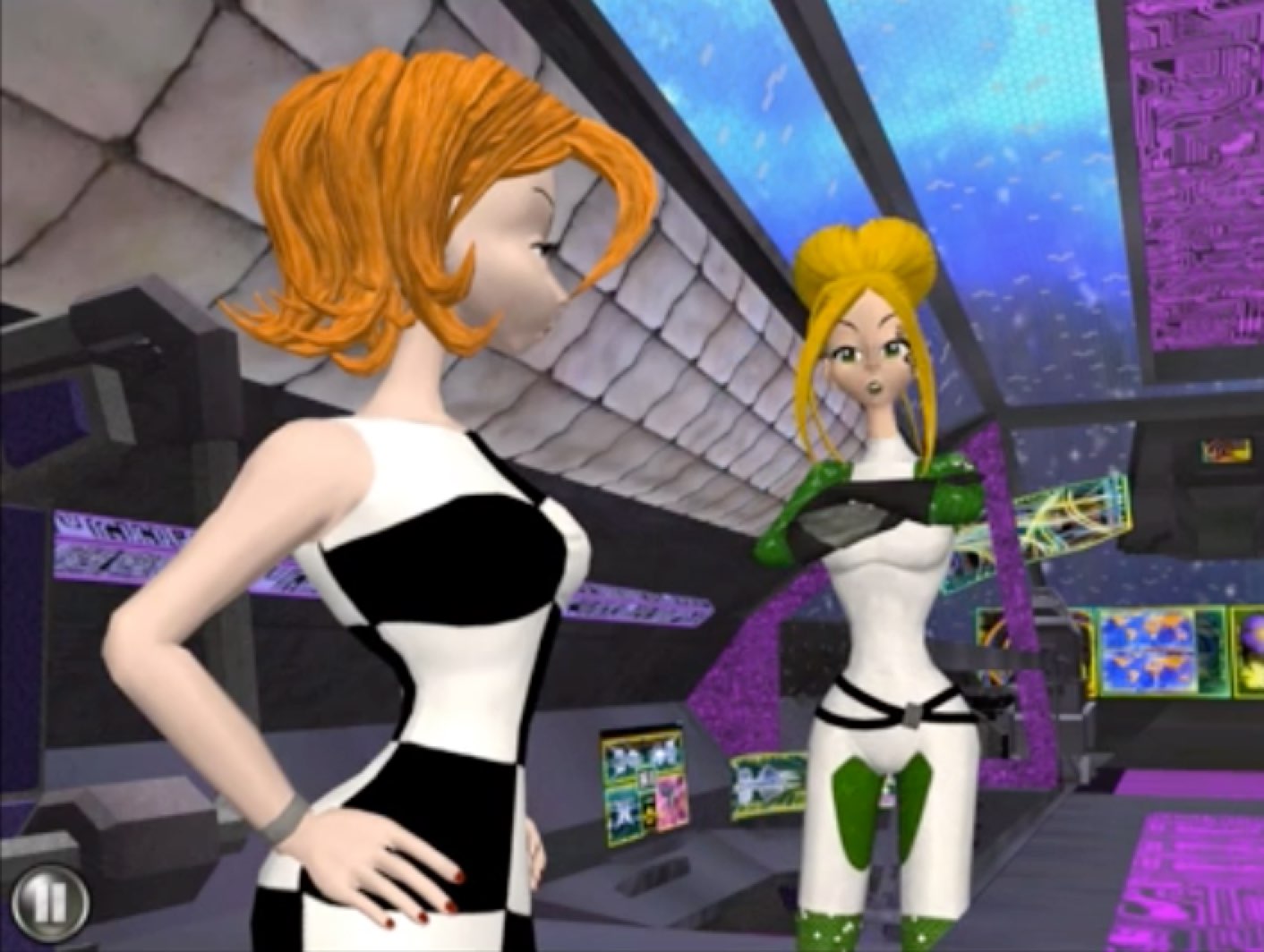 A good time is had by all.

In formal terms, this is a fairly conventional branching hypertext in which decisions accrete tendencies or stats, and the accumulated stats ultimately determine the ending. That this works at all rests on two piers. First, we’ve got a team of four women whose interactions with each other are complexly nuanced, and the stats play nicely into shifting professional alliances and attitudes. Should Holiday behave “professionally” or should she let her violent roguishness show? Should Holiday flatter management, or should she align herself with her technically-adept peer? These are not melodramatic morality tales, but intriguing choices with consequences, taking us back to the question at the beginning of literary hypertext, “Do you want to hear about it?” and the opportunity to answer, “No.”

Second, we’re not simply telling a gender-switched story (as in Hunger Games, which is to say Robin Hood) or a familiar quest tale that happens to have a female protagonist: we’re actually exploring (fairly) real depictions of office behavior in contemporary business culture, extended to an epic stage. When push comes to shove, should you support your manager, who claims to have special knowledge, or the new girl from MIT, who claims to have a different kind of special knowledge? In the last analysis, you’re unlikely to achieve an ideal fantasy outcome: what shortfalls can you accept? And whom will you sacrifice to get where you want to be?

I’m not sure this is entirely successful as a game or a sustainable model for hyperfiction. But it doesn’t have to be: it’s $4 and it takes a couple of hours. (There’s plenty of replay value – hypertexts demand rereading – so no worries there.) Enjoy it for what it is, and look forward to the next adventure.