Supposedly, the online-carolinesque serial web story, PlanetJemma, is intended to encourage girls (ages 13-16) in Britain to study science. It's a first person episodic story, featuring a young astrophysics student, with aspects of (simulated) weblogs. In an interview in The Guardian (which mentions Jill's useful paper, How I Was Played By Online Caroline), creator Tim Wright says we should ""think of [Jemma] as Buffy the astrophysicist," Wright jokes, showing that Wright doesn't understand Buffy, either.

First and worst, we've not had the slightest hint of why Jemma likes science, nor seen her excel at it. Her given reasons are the reasons of a ten-year-old: she likes to look at the stars. But she's a grad student in astrophysics, she's already spent years slogging through tensor calculus and thermodynamics, and if she doesn't absolutely adore the abstract theory, she'd be long gone.

Jemma is constantly reassuring us that you can be a scientist and also be attractive, feminine, and have a boyfriend. She talks too much about clothes and too little about wave functions. Her priorities are a mess.

Today (day 4), we see "the lab". Jemma and her friend Rolf show us an "experiment" with liquid nitrogen, which Jemma thinks is really cool. (The real Jemma, by now, would be bored by liquid nitrogen) Rolf does the experiment, which is just a science museum parlor trick, while Jemma watches admiringly. Then Jemma tries, the liquid nitrogen boils over and splashes, Jemma leaps back, and her friend shouts "Take off your pants!" as the screen cuts.

This is stupid, prurient, and idiotic. It's poor safety advice -- probably the wrong response to a spilling nitrogen on your clothes -- and it sets a lousy example. If you're in the lab and you have a spill and you waste one second on the way to pulling the safety shower being embarrassed about your wet t-shirt, you're a danger to everyone.

Earth to PlanetJemma: sex, to astrophysics grad students, is what you do when you can't do science right now. (Cloudy nights are hard on astronomers. Data collection takes time.) If you want to make science more interesting to girls, show them the science. 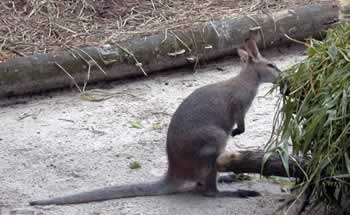