One of the interesting observations Pullman makes in his Isis lecture concerns a symmetry between audience and artist. "What I mean", he writes, "is that the audience (readers, or whatever) have to feel that this is a game or a process or a craft or an activity which they themselves could take part in too , if they wanted to. If they don’t want to, fair enough; they can just enjoy it. But if they do want to take part, then they need to feel that there’s nothing to stop them. "

The purpose of art is to delight us; certain men and women (no smarter than you or I) whose art can delight us have been given dispensation from going out and fetching water and carrying wood. It's no more elaborate than that."

Anyone can write a story; we know that, had we world enough and time, we could write. Little boys play second base or silly mid-on; grown up, they watch and know what it's like. They could have done it themselves, they still could do it, except for the accident of being a little too slow or a bit too old. I can't draw half as well as a talented seventh grader, but it was only when I began to try to draw that I really began to enjoy long afternoons in galleries and museums. 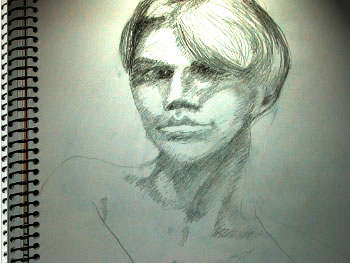 An observation: Hardly anyone can write a computer game. Hardly anyone thinks they could. How seriously does this interfere with the growth of the art? Is this part of the reason that computer games so rarely touch serious topics?