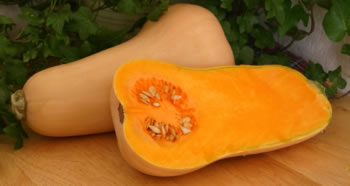 Last night I worked late. On the way home, I grabbed a butternut squash; the squash bin looks great this time of year and though squash is a mystery to me, Cooks has a nice-looking recipe for butternut squash risotto as a main course.

Some things to remember for next time:

Why am I telling you this? Partly, because Cook's is a fine thing to read, and a terrific insight into scientific thinking for everyone. Partly, because it's fun to talk about food, and there's a lot of food in the blogosphere right now.

And partly because I've been thinking about notes as a medium for conversation -- with yourself, with your future self, and with your colleagues. Maybe markets aren't conversations, but notes certainly are!

You've got to write stuff down -- and you've got to be able to find it again. In other words, you need two places to write: one that's always with you and one that's permanent, searchable, and smart. The one that's always with you can be as simple as a Hipster or a Moleskine: it just has to be there. The permanent journal can be a carefully indexed desk journal or it can be Tinderbox: Tinderbox gives you agents and instant search and spatial hypertext and all, but it's not quite as physical and concrete as a desk journal. (XML will last, but you can't feel its permanence the way you can feel good leather and Amalfi paper)
on this date |