The American Revolution nearly failed. At the end of 1776, the President sent New Year’s wishes to General Washington, hoping that the new year would be nothing like the horrible year they had just endured.

All that was about to change. In fact, it had already changed with Washington’s daring Christmas expedition across the Delaware. In the following weeks, Washington’s winter campaign in New Jersey invigorated the sagging spirits of liberty, dismayed the British and Hessian professionals, and changed the world.

Speaking of Getting Out The Vote, here’s GOTV 1896, from Vachel Lindsay’s “Bryan! Bryan! Bryan!”

When Bryan came to Springfield , and Altgeld gave him greeting,

Empty: for all Sangamon drove to the meeting-

Carriage, phaeton, whatever would haul,

With the new tale of Bryan by the iron tires told.

A speck, a hive, a football, a captive balloon!

And the town was all one spreading wing of bunting, plumes, and sunshine,

Every rag and flag and Bryan picture sold,

When the rigs in many a dusty line

Jammed our streets at noon,

And joined the wild parade against the power of gold.

We roamed, we boys from High School,

With mankind, while Springfield gleamed, silk-lined.

And the gangs that they could get!

I can hear them yelling yet.

With every bridle gone,

Ridding the world of the low down mean,

Bidding the eagles of the West fly on,

Bidding the eagles of the West fly on,

We were bully, wild and woolly,

Never yet curried below the knees.

We saw flowers in the air,

Fair as the Pleiades, bright as Orion,

-Hopes of all mankind,

Oh, we bucks from every Springfield ward!

Yet time-winds out of Chaos from the star-fields of the Lord.

The long parade rolled on. I stood by my best girl.

She was a cool young citizen, with wise and laughing eyes.

With my necktie by my ear, I was stepping on my dear,

But she kept like a pattern without a shaken curl.

She wore in her hair a brave prairie rose.

Her gold chums cut her, for that was not the pose.

No Gibson Girl would wear it in that fresh way.

But we were fairy Democrats, and this was our day. 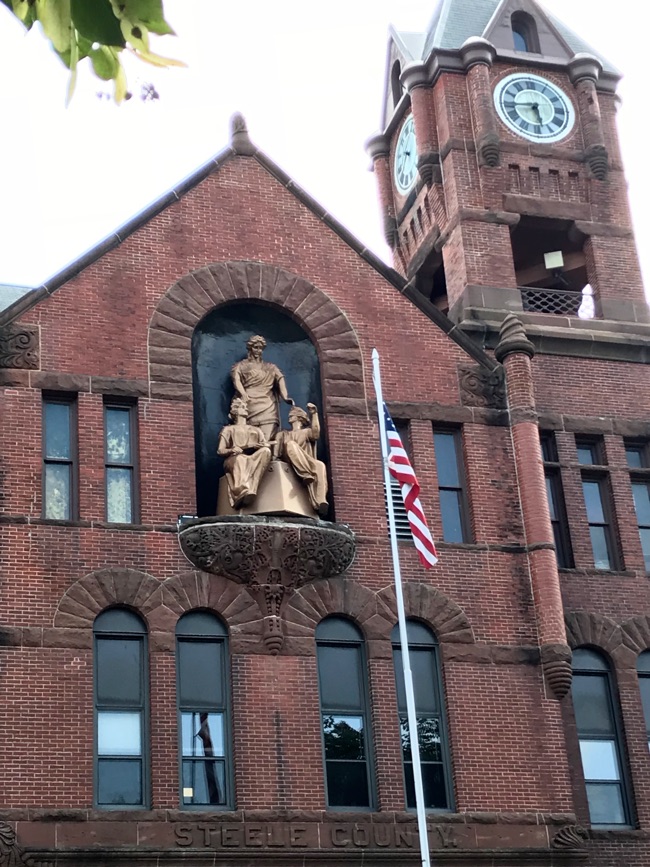 In 1947, Charlotte St. Clair, a well-heeled American college student, is heading to Switzerland with her mother in order to take care of a little problem. She ditches her mother in Southampton in order to pursue a clue to the whereabouts of her wonderful French cousin Rose, who disappeared in the war. The clue leads her to the dilapidated house of an alcoholic WWI British spymistress who threatens to shoot her. The game is soon afoot.

Based on an actual WWI spy network, the story alternates in time and point of view between the first war and the aftermath of the second. Charlie is a good character in a good predicament, and she gets the story off to a good start. Later, the situation takes over and things become too easy; contrast Simon Mawer’s haunting Trapeze.

The Gentleman’s Guide To Vice and Virtue

A swashbuckler, reminiscent of The Count Of Monte Cristo, with a difference: our rakish 18th-century hero is accompanied on his journey toward virtue by his best friend, who is black, and by his sister, who is a feminist and who is secretly studying medicine. A rollicking frolic is had by all.

Through much of the twentieth century, American comedy — standup, skit, theatrical, cinematic or on television — was chiefly Jewish comedy. Jeremy Dauber surveys this scene and ties it to ancient writings and medieval tradition. A thorough and fascinating study.

The Kavanaugh confirmation fight will be remembered as the moment when everything changed.

In 1856, a congressman from South Carolina clubbed a senator from Massachusetts into bloody unconsciousness on the floor of the Senate. This will be like that.

Update: The state represented by Preston Brooks, who assailed Charles Sumner, was South Carolina, not Kentucky. 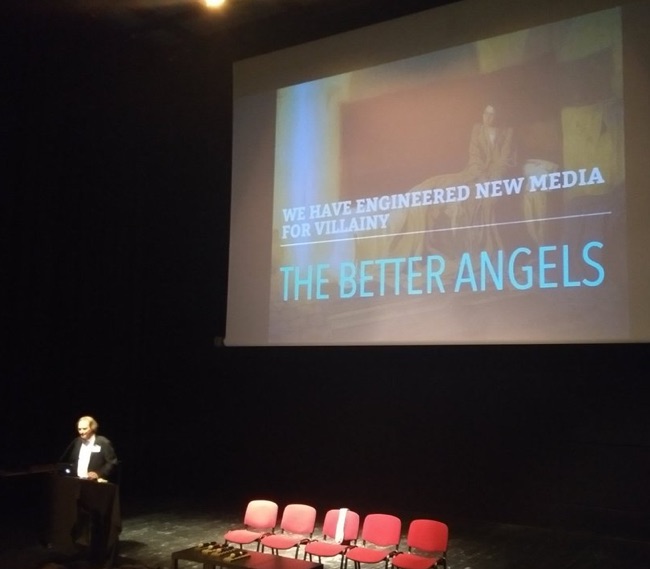 What was I doing in Paris? I opened Web Studies 2.0, a fascinating meeting of (mostly) Euopean and North African web researchers, with a look at the World Wide Web we have built through our research.

How did we come to this pass?

New media were meant to augment our abilities and to liberate our understanding. We dreamt of fast access to unbounded libraries, of university-level courses delivered at minuscule cost to remote villages, of access to tools. We envisioned new literary forms and a new birth of freedom of expression unencumbered by the cost of chopped trees.

What we got was Facebook, Reddit and 4chan. We got Jimmy Wales and Milo Yiannopoulos and Candy Crush Saga. We got Gamergate and the GRU. We got Donald Trump.

All this is not entirely our fault, or only our fault. But it is our fault; our new media ecology is the world we have made, and it is far, far from the world of which we had dreamt. Our predicament arose, I believe, because the twentieth century discovered a set of beautiful, difficult, and powerful ideas — and we handed those ideas to knaves, fools, and villains. The same ideas were available as well to dedicated scholars, thoughtful policy-makers, and brilliant artists, but our world is not always a place of perfect symmetry and the systems we built seem often, in practice, to favor the abusive and to privilege the villain.

This asymmetry is arguably the defining property of our new media ecology.

The paper goes on to discuss some specific ways that today’s Web helps villains more than is helps the virtuous, and then look for some ways we could change that.

ACM Digital Library subscribers can read the paper here, and everyone can read it here.