The front page of today's Boston Globe has a picture of an American tank, burning in an Iraqi street.

Tanks don't get killed by fanatic children who just grabbed a rifle or a bottle. What's going on here? The press seems adrift, unsure what script we're in. We thought we were in Fighting Crazy Terrorists, or maybe Arab Street Revolt. People talk about Vietnam, but only as a metaphor; who is there to play the part of the Russians and the Chinese?

But are we really in the Mutiny? Or the Boer War? 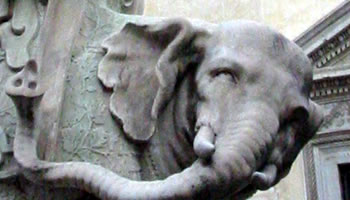