Paolo Valdemarin observes that there are a lot of weblogs out there and asks, who is reading them?

My bet is that the vast majority of these blogs are read by their authors' friends. We read blogs because they are a good way to keep track of people we care for. I don't think that this huge number of blogs is competing with mainstream media in terms of credibility.

I think this understates and misinterprets the influence of weblogs: people will often believe their friends and those whom they personally respect in preference to mainstream media or official pronouncements. 18th century mainstream media believed in the divine right of kings; 1776 and 1789 had other ideas. Mainstream media in Occupied Europe said, "Obey the government and don't buy black-market food", and we all know how that worked out. Mainstream media told us in the Vietnam era that losing Saigon would lead to the triumph of communism throughout Southeast Asia if not the world. We listened to the media, and then we listened to Abby and Reverend Coffin and to Pete Seeger who said that we'd be lucky to get out of the Big Muddy with the old fool dead and gone, and we changed the world. 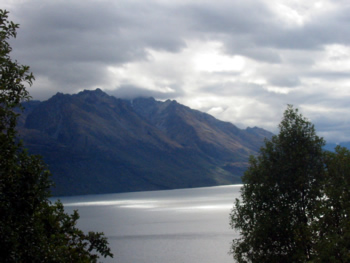 Now that you mention it, we seem to be mighty damp again, and the water is rising.