Writing last May in the TLS, T. P. Wiseman compared three recent books on the assasination of Julius Caesar and its aftermath. It's a fine review, showing in turn what each writer set out to do and explaining where they strayed from the path. The review gets off to a tremendous start:

It was a run of more than 500 metres, with a steep little climb at the end of it, from the Senate-house in Pompey's Portico, where Julius Caesar had been murdered, to the Capitol. It can't have been easy to run in a blood-soaked toga while brandishing a sword and shouting out that the tyrant was dead and freedom restored. The adrenalin must soon have been spent when the cheering crowds failed to materialize. What sort of freedom, and for whom? And what sort of tyrant had he been, anyway?

The book Wiseman admires is this this one, and indeed it's a masterful new study of a singularly well studied fifteen years. Osgood does a wonderful job of using every available textual source, from Appian and Cicero to Horace and Vergil. Indeed, he uses the poets to terrific effect; I've never seen so much historical evidence wrung from this kind of literature before. Archaeological and epigraphic evidence are brought to bear as well, along with good sense and a generous breadth of focus that includes the losers as well as the winners, and the infantry as well as the officers.

This is a distinguished book, influenced by Fussel's The Great War and Modern Memory. But where Fussell shows how poetry changed the way we remember the war, Osgood uses poetry to recapture how people thought about the proscriptions and the civil war and its aftermath. What happened to Italians who lost their farms so that veterans could be resettled on their lands? It turns out we know. We've always known. Who knew? 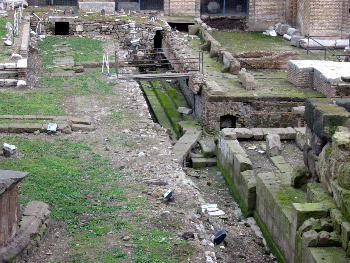