I'm writing a talk on hypertext style and the way we write history. I took this book down from the shelf to check a quote, and spent much of the weekend reading it again from cover to cover. Lekson's thesis -- that the early Southwestern regional capitals of Chaco, Aztec, and Paquime are linked -- has not been widely accepted, but it's brilliantly argued here and deserves careful thought.

We do not know, and probably cannot know, just what happened at the end of Chaco. Something happened at Mimbres too, at just about the same time. Something bad enough that a culture that had always decorated pots with elaborate designs and sacred figures suddenly switched to making pots that were unpainted, polished, and black. This was more than fashion: something was being rejected or embraced. We see the symbols but we don't know the slogans or the platform.

The north-south alignment might be a coincidence, but Lekson has a good point: these three sites are unique, and their uniqueness is significant without reference to the other sites. Each was the center of a regional system. Each was constructed shortly after construction ceased at the other two. The symbols and technologies and material of each site differ -- we're talking about a 500 year span here, the distance from Marathon to Actium or from Eleanor of Aquitaine to Eleanor "Nell" Gwyn. Lekson's argument is intriguing without the alignment; it might even seem stronger since alignments have such an unsavory New Age tinge.

The endless joy of this volume, though, is Lekson's wit. He's writing to catch the attention of his colleagues, and he's writing to exclude wannabes while including the serious amateur and scholars from allied areas. In place of the customary retreat to jargon, he adopts an elegant casualness, filled with puns and significant allusions that professionals will recognize and students can politely ignore.

Does all this sound anthropologically familiar? If I were describing a neolithic center in Turkistan or Shansi or Wessex or Bolivia or Illinois, what would we think? Chaco was socially and politically ‘complex’ — that is, a hierarchy with definite haves and have-nots. Hierarchy, not heterarchy: A few people at Chaco regularly and customarily directed the actions of many other people, and those few lived in more expensive houses and had more baubles (at least in death) than the many. Were they chiefs, priests, kings, queens, duly-elected representatives? Who knows? And, for now, who cares? They were elite leaders, Major Dudes: that much seems clear. If ever anyone in the Pueblo Southwest were elite, it was those two guys buried in the famous log crypts of Old Bonito. Those boys had power. (p. 26) 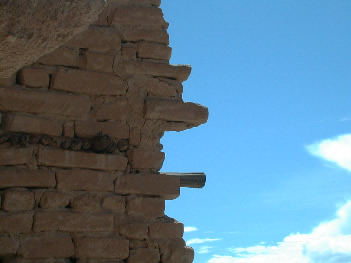