Linda was less than cheerful, because she didn't get nearly enough done yesterday, and because her current project specifies snappy introductory paragraphs. “I don't do snappy!” she snapped.

I wasn't in a terrific mood myself, because I'd started a Tinderbox bagatelle (improving the text window's contextual menu) that ought to have taken an hour and, two days later, found it had swallowed yet another entire day. (And, as I type here, I see two more problems: farewell, Saturday!) This left me behind on the end-of-year accounting, conference organizing, and editing — not to mention myriad other things that need doing.

So, after a (comparatively) early and healthy dinner (swordfish, salsa verde, fresh peas), did we buckle down to work? No, we did not: we made home-made butterscotch from Gail Monaghan's Lost Desserts

Lost Desserts is an odd and interesting book: much of it recreates desserts that have been lost because they're wildly unfashionable. Showpiece soufflés from New York's "Four Seasons", circa 1972. Flaming ice cream from "Trader Vic's". Butterscotch sundaes from Schrafft's. Linda remarked that she herself had loved those butterscotch sundaes, back in the day. 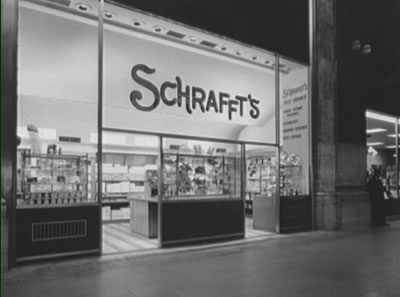 And so we spent a merry hour, boiling sugar, adding cream, boiling the sugar some more, adding more cream, boiling, and then cooling — stirring constantly, of course. (Why don't kitchen ranges come with the teflon-coated stir bars that chemists always use?) This makes a fine lesson in the dynamics of caramelization. Recourse to McGee was frequent. Polymerization is fun, and tasty.