I've managed to get nothing at all done today.

I've shipped some Tinderboxes to eager customers, as our office manager is unwell. I've fixed a couple of minor Tinderbox/Mac problems for other customers. I've cleared the accounting backlog that built up when I got nothing done yesterday, either. I've tried to take care of my ailing mother, and tried to find my AWOL kid sister, and tried to figure out whether my president was AWOL or what. I've tried to convince my state senator not to turn state politics upside down until 2006 in order to overturn gay marriage, and tried to make some suggestions about the future of RSS. I've tried to study the complex technical issues of whether Tekka lanyards would be better than Tekka baseball caps, tote bags, or coffee mugs.

I've engaged in real-time, intercontinental exegesis of Jill's latest weblog entry. I've tried to find a way to attend an interesting meeting in Barcelona, to visit some colleagues in Texas, to visit my ailing mom, and to get dinner on Valentine's Day (which is also my 30th anniversary, though the wedding came much later). Here we are in a foul economy and I can't get a reservation at a fancy restaurant ten days in advance. Two Americas indeed.

I've learned one of our servers was down. In consequence, I learned, our email was down, as were our main Web site, our revenues, and my mood. I've learned some interesting facts about referrer spam. I've learned why armored bears don't get lonely. I've learned how to tell the ruins of a Roman grain warehouse from a Roman wine wholesaler: the jars for storing wine were buried to keep them cool. I plan to need to know this next month and the clock is ticking.

But I've not managed to write a Windows version of the Tinderbox DrawingPolicy class, and that's the first thing I've got to get done today. 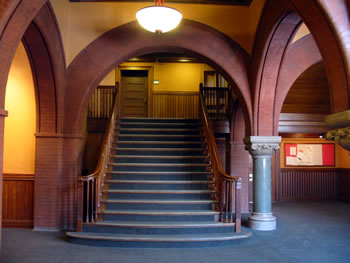 A new issue of TEKKA is just out, by the way. I'll be talking a lot about it in the next few days. Some really good stuff: see for yourself.