In the Globe, Carolyn Johnson has a long, detailed story on a squabble over the history of the Woodward-Hoffman rules -- one of the most important innovations in modern chemistry.

The weird thing about this historical quarrel -- which broke out while my back was turned -- is that history of science always used happen in history. I've met all these people. The historic events in dispute happened years before I wandered in and out of those halls, but it's an odd sensation to read a historical account about people you used to bump into all the time.

I very nearly went to Cornell to work for Hoffman; my college roommate did work for Hoffman. Woodward's labs were downstairs on the way to the library. Corey was across the building. Von Doering was already emeritus, but he was charming and engaging at parties and receptions.

'It is very strange,' said William von Eggers Doering, an 87-year-old professor emeritus in Harvard's chemistry department who was Woodward's friend. ''But, on the other hand, the personalities that go with distinguished basic scientific achievement really vary all over the lot. . . . If a scientist is any good at all, you just have to accept the nonsense that goes with it.' 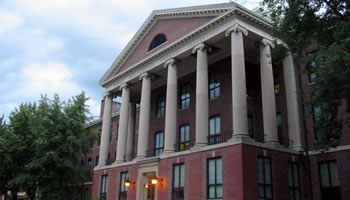