Miss Seeton, a retired art instructor, occasionally helps the local constable with police sketches. She has a certain knack, and the newspapers like her. A Swiss banker, finding his bank entangled in apparent fraud, sends for her and, although she has never been abroad, she hastens to oblige. A light-hearted and light-headed confection.

An ambitious and interesting story of the end of the world, as seen from the perspective of an observer to whom anxiety is deeply alien. Candace Chen’s parents had come from Fuzhou and wound up in Salt Lake City. Candace moved to New York where she facilitates the manufacture of Bibles in Chinese factories, and then at the end of the world fled to a shopping mall in Indiana. There’s a lot of emigrating going on, and lots of new worlds, and also a good deal of formal experimentation. I respect the craft and I find myself in sympathy with its bleak vision, but in 2021 I’d hope for Station Eleven instead.

We indulged in another night of Truffle Shuffle, this time for steak béarnaise. I’ve made béarnaise before — memorably for the midnight dinner as an undergrad (hint: the dinner was not scheduled for midnight) but also a number of times since — but this was an opportunity to be coached by French Laundry alumni. A delicious steak, the béarnaise turned out great, with tons of tarragon and professional encouragement to take the sauce farther than I’d ever dared. A bunch of people went too far, which furnished a useful lesson on fixing a broken sauce! Not us, fortunately. 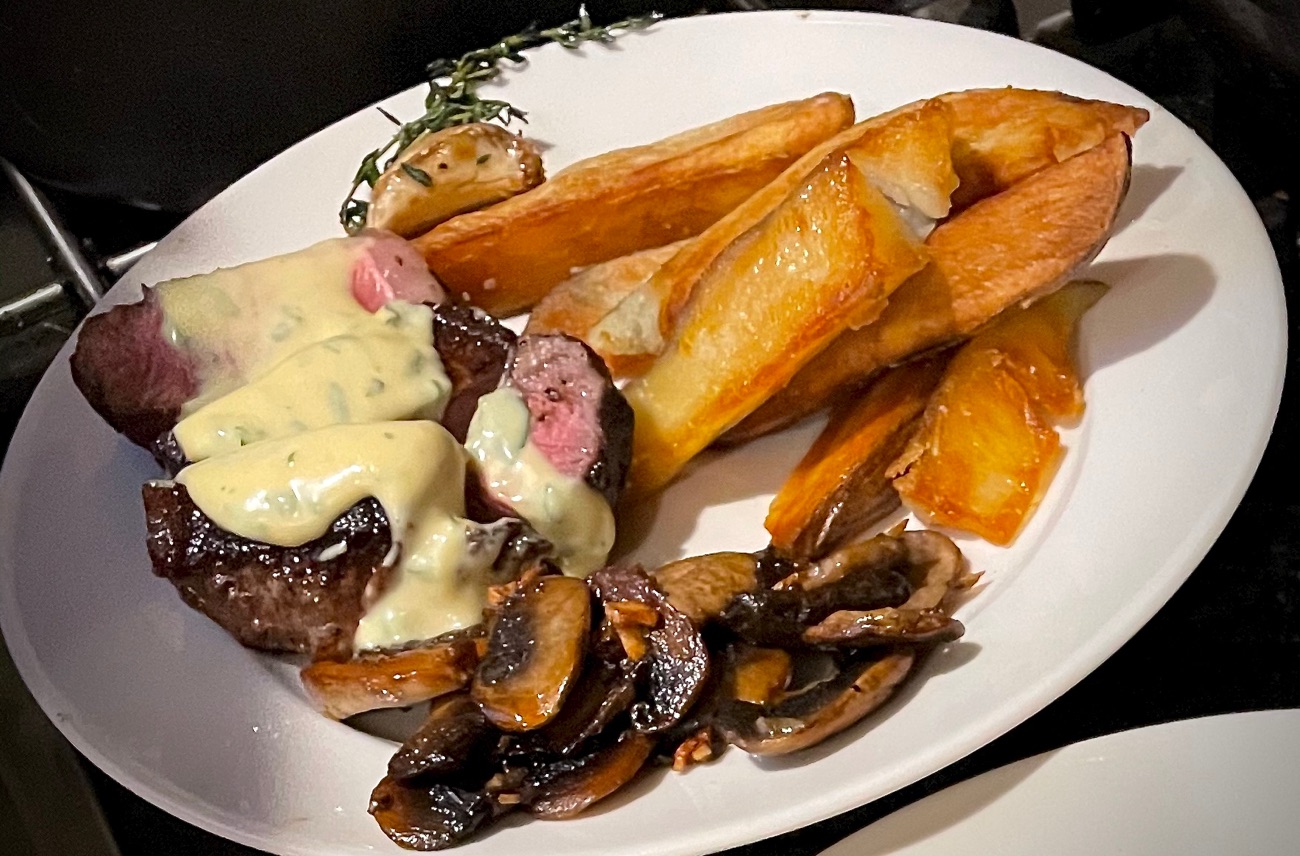 The election of 2020 left me despairing for the future of American democracy. Even if Trump was defeated, the Republican senate would simply wreck as much as they could, blame Kerensky, and the more-competent Fascists would take power in 2024 with a figurehead like Nicky Haley or Mike Pence hiding the mailed fist.

I may have been too hasty. This morning, it looks like a huge effort in Georgia may have saved the nation.

It’s not saved forever. Mitt Romney, Joe Manchin, and Susan Collins will still determine the limits of the possible. But democracy is never saved forever, and it might perhaps live a little longer.

Thanks to all the activists and volunteers who made this possible.