Douglas Engelbart, a great computer pioneer, has died. He was 88.

Engelbart’s famous 1968 demonstration of his pioneering hypertext system introduced the mouse, graphic display, outliner, and collaborative computing. For years, people have referred to it simply as, “The Demo.” 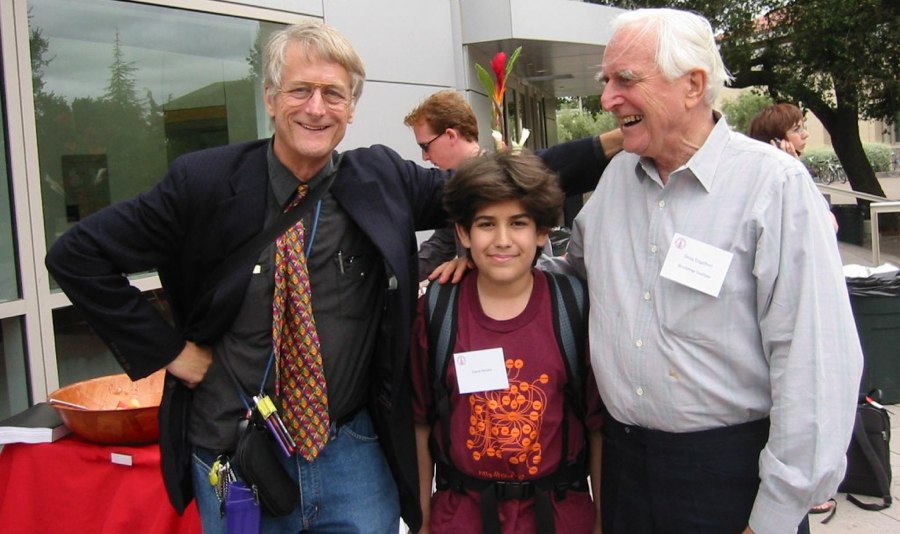 Doug was patient, kind, and quiet. Though in his own work his was very technical, he was always drawn to literary hypertext and, in the early years, sometimes pulled me aside to ask thoughtful questions about my own work and about papers by Moulthrop & Kaplan or Joyce & Bolter. These questions were always private and for his own instruction; he seldom or never joined conference Q&A sessions. His early papers on computer-supported collaboration are milestones, but Doug was never a facile writer and, considering his enormous influence, his body of papers is remarkably slender. Though teaching was not part of his job, he trained generations of scientists and engineers who have gone on to define computer science and to create the computing ecology we know today.

Doug keynoted the first hypertext conference in 1987, where he received a standing ovation, and was for years a frequent attendee. His NLS/Augment system was the direct inspiration for many of the early hypertext tools, and his courageous embrace of the goal of augmenting human intellect inspirited a community eager to use knowledge and technology to improve the word.