Pieters on Of Day, Of Night 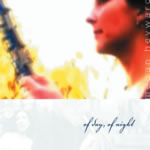 Brendan Pieters has been teaching English and new media at Santa Fe Community College for more than a decade. Reading of day, of night prompted him to look back:

Of Day, Of Night combines oral narrative, words onscreen, music, and video to create a rather sensuous détournement through a person's life. Amazing how hypertext has evolved since Patchwork Girl, or afternoon -- they were more like traditional stories with the capacity for the reader/user to interact. Of Day, Of Night is very accomplished.

When I read this, my initial reaction was that Professor Pieters was wrong -- that Heyward's of day, of night is indeed unlike Patchwork Girl and afternoon, but that the effort to measure them in this competitive way is wrong-headed. The critical corridor, I think, always has a cluster of sourpusses eager to complain that last year's new media is too old and too full of words, that they want the shiniest new thing.

But I think there's something else here, something deeper than "Heyward has more pictures". Heyward is sitting right at the border of artifactual hypertext; she gives the reader a range of objects, links the objects to moments, and knits this together in a young woman's quest. It's not just the intrusion of film into text, it's the singular appropriateness of these dreamy images in a struggle to dream again.

Or maybe not. My point is that we should be talking about hypertexts, new and old. What's fun? What isn't fun, but turns out to repay the effort? What bits of craft can we note down to use in tomorrow's weblog, or next year's electronic fiction?