This weekend, we went back to my Quaker college for our 40th reunion.

The puritan mistakes pleasure for frivolity because he mistakes seriousness for solemnity.

Twin sisters, both sophomores at the local charter high school, decided they’d like to braid their hair this year. Hair extensions are against the rules, but so is hair “more than 2" high”. That makes it hard or impossible for black students to have braids, or indeed to have long hair, unless they use hair straighteners -- something many decline to do on political and historical grounds.

So there I was on a Sunday in 2017, standing outside a school building and protesting rules against long hair alongside the ACLU, NAACP, ADL, and plenty more. It’s almost 50 years since Hair opened. The attorney general warned the school that its rules were discriminatory; Sunday, they held a closed meeting to suspend the rule for the rest of the school year.

Here’s a paragraph from the (unsigned) announcement the school sent to parents this morning:

Of course, despite the vast importance of the Uniform Policy on the performance of our students, the policy must comport with our long-held commitment, as stated in our Parent Student Handbook and on our website, to offer the same advantages, privileges and courses of study to all students, regardless of race, color, sex, gender identity, religion, national origin or sexual orientation.

First, the sentence is ungrammatical. You can’t have importance on something; it’s important to something.

Second, “comport with” is an old and unsatisfactory construction. “Comport” is a synonym for “behave” and it is normally transitive: “The girls comported themselves with dignity.” While the construction used here is old, it’s not being used for clarity or concision: it’s being used because it sounds pretentious. That’s likely why the school (which has existed only since 1998) boasts of its “long-held commitment.” (The nearby Malden High School goes back 160 years, and I expect Malden schools in general date to Michael Wigglesworth’s tenure as minister in Malden in the late 17th century.)

Third, the composition is flawed. There’s no help for the laundry list at the end of the sentence: it’s legal boilerplate. Nevertheless, the writer knows it’s coming, and should have planned for it. Instead, the first half is larded with unnecessary parentheticals and lists.

Fourth, the statement asserts that the Uniform Policy has “vast importance.” Simple importance would have been plenty to assert; “vast” importance simply calls attention to the weakness of the claim, for which no evidence is offered and which seems wildly improbable. Does long hair prevent people from learning history or calculus? Does short hair help one’s grammar?

Fifth, the statement is un-American. We hold some truths to be self-evident, and one of those truths is that a student’s appearance and beliefs do not conflict with superb intellectual performance. The sentence grudgingly compromises something of “vast importance” in service of other goals, but in fact we have no reason to think that any compromise is necessary, that changing the uniform would have any important effect, or indeed that reversing the policy might not better serve the school’s goals.

You should know that we categorically rejected an order from the DESE [ Massachusetts Elementary and Secondary Education], which was influenced by media reports, to cease all disciplinary actions associated with our entire Uniform Policy. We believe that following this directive would have disastrous consequences on our ability to create the structure and equity central to the success of our students, and that it would fundamentally alter the nature of the environment you chose for your children.i

Again, our prepositions stray: you might expect consequences for something, but not consequences on something. In accord with “vast importance”, we here face “disastrous consequences;” what catastrophe, precisely, might follow upon a high school student’s poor fashion choices? Schools with no uniform policy whatsoever somehow manage to get through entire weeks without massive loss of life.

A nicely varied assortment of intelligent essays about the design and distribution of contemporary tabletop games. Greg Costikyan has a superb discussion of the ways that production, marketing and distribution shape games today; for example, it’s very important that game components by light in weight because the publisher, not the retailer, pays the freight. Chris Klug has a memorable not on the dramatics of rolling dice, and Richard Garfield contributes a number of sharply-observed design lesson from poker. 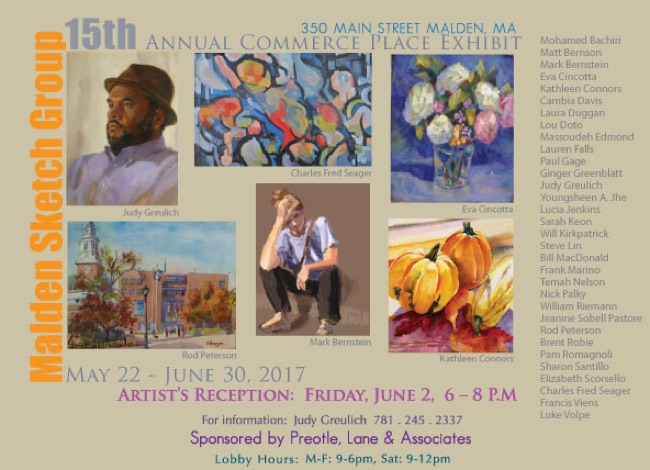 Our little city has a charming little sketch group that meets weekly for figure drawing. There’s an annual show in a local office lobby where (unfortunately) they’d rather not have any figure drawing because people these days are prudes. Oh well.

It’s fun to hang out with real artists.

Bottom-center is a sketch I did on a curb in Wellfleet, MA.

Rereading the conclusion to Grossman’s The Magicians because I reread The Magician King for craft, and to figure out why Grossman’s crack-house magic scene seems so compelling and fresh. I still think my original impression was sound.

When seven years of epic struggle and the release of untold magic energies (at terrific personal risk) restore lost Alice to life, all she can manage is the request for a glass of Scotch with a single large ice cube. The Magician pours his neat. Neither really wants the whiskey.

The web editor Espresso from MacRabbit is back in a new edition. If you do much CSS, you need it.

Interestingly, they’ve adopted the Tinderbox model for upgrades: free updates for a year, then you buy an upgrade with another year of free updates. Sustainable software matters. This fascinating original audio novel describes an unpleasant small town in Bibb County, Alabama, home of John B. McLemore. John repairs antique clocks, worries constantly about global warming, police corruption, racism, tattoos – and everything. He has 120 acres. He has a maze on his land that you can see in Google Earth. One day, he calls This American Life and pitches a story – this story – which is lovingly crafted by the creators of This American Life.

It looks like I may be curating a micro-festival at Hypertext ’17 in Prague, July 4-7 2017, on Critical Theory for Fun.

Recent years have seen a remarkable efflorescence of daring yet accessible experiments in nonsequential interactive narrative. In contrast to the famously opaque literature of Critical Theory, much of this work is a lot of fun while demonstrating remarkable theoretical depth. In contrast to the cheery heroic romances that long dominated computer games, this work is notably dark, emotionally complex, and introspective. Our Balkanized technical literature on new media storytelling has grown provincial, and a number of the observations on which it depends are likely mistaken.

In other words, just from worrying whether the wedding is on or off, a person can develop a cough. there’s a ton of good, accessible research into how narrative works, thoughtful work that’s not encrusted with striated and problematized terminological fablulae – and that research is published in, of all places, the tabletop game world. (Computer games will figure in this as well, and of course hyperdrama, print fiction, literary hypertext and interactive fictions.)

More anon. In the mean time, do you have something I should see? Don’t be bashful. Doesn’t matter if its old, or incomplete. Email me..