Lev Manovich has been widely praised -- and rightly so -- for his brilliant observations on the database as a medium of expression. But in The Language of New Media, Manovich treats data and algorithm as distinctly separate and interdependent:

In computer programming, data structures and algorithms need each other; they are equally important for a program to work. What happens in a cultural sphere? Do databases and narratives have the same status in computer culture?

The problem is simple: this separation was the software engineering consensus of 1976. A lot has changed since then. Objects, frameworks, agile methods. Programs are no longer the sum of algorithms + data structures. Moreover, the language of the 1970's was strongly tinged by anxieties over procedural programming that are no longer widespread; we still argue over whether formality should be considered harmful, but the only time we talk about harmful GOTOs these days is when people argue (incorrectly) that hypertext links, being GOTOs, are bad. (Links aren't gotos, they're reference. Reference is good.) 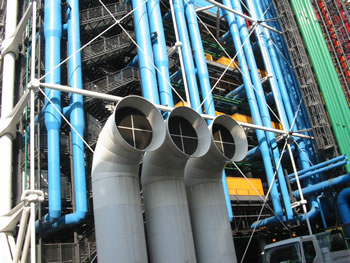 That we now believe computation belongs with the data, not on it, doesn't necessarily mean the Manovich approach is wrong. But shouldn't we be talking about the gap?