Lots of people think that new media and TV (and, for all I know, rock and roll) have created a world of short attention spans. Three years ago, I argued that this was exactly wrong -- that pop culture today is exploring larger and longer forms than ever before. Boy, was I right.

Take A Band of Brothers, the HBO miniseries that I'm currently watching on DVD. Like Babylon 5, it's a big film, really made for DVD. It's much too long to view at a sitting, and it's written to seep into the corners of your consciousness as you find time to watch it, hour by hour.

A core problem of this kind of war movie has been running the characters on and offstage. The mystery of combat, as John Keegan famously argued to his Sandhurst students in The Face of Battle, is why everyone doesn't run away. From Here to Eternity to Saving Private Ryan, from The Naked and the Dead to 12 O'Clock High to M*A*S*H, you always keep running into the same problem: you've only got a couple of hours, you've got to have a ton of characters, they're almost all young men and they all wear the same clothes. How do you get the audience to tell them apart? The usual answer is to paint them broadly and give them plenty of business. It works, sometimes, but it's a hard way for a screenwriter and a director to make a living.

But Band of Brothers has lots of time. It doesn't really matter that, for the longest time, you can't figure out who is who. Doesn't matter; they don't know, either. It's a long walk to Berlin.

A Mighty Wind is a slight film. There's a lot of silly apologizing for the way people looked and sounded in the '50s. But the core of the film is a stage kiss that means a lot -- and nothing -- to two performers who briefly mattered to each other a long time ago. Mitch and Mickey, once folk singers , have grown apart -- she's settled down with a nice suburban guy who likes trains, while he's bounced around mental institutions and can manage, on a good day, to more or less take care of himself. Mitch is so ruined that Mickey can scarcely bear to look at him, she can barely muster to patience to wait while he finishes each slow, banal sentence. But we know that, sometimes, magic happens on stage, and this slow, sly, manipulative movie is free to invest something like 80 minutes in building the scene. 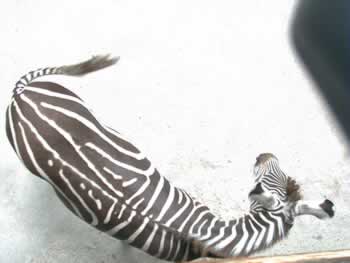