(Revised) In his weblog, Gregg Easterbrook (a journalist who should know better) foolishly singled out greedy Jewish studio executives as responsible for a violent movie, Kill Bill, that Easterbrook disliked. (Lots of people liked the movie; Ebert thinks it's brilliant.)

His story is a distillation of the universe of martial arts movies, elevated to a trancelike mastery of the material. Tarantino is in the Zone.

Easterbrook's debacle illustrates one great hazard of the weblog: without an editor, you can publish stupid, hurtful, career-ending words before you realize you're making a terrible mistake. It can be good to Find Good Enemies, but it's never good to merely embarrass yourself.

Don Park, in his own weblog, suggests that "Semitism [sic] seems to have a very powerful forcefield that protects it". This, to sensitive ears, echoes the belief in a Global Jewish Conspiracy . Some of the comments are worse.

There's no need to invent a Jewish conspiracy to explain why ESPN would be eager to fire Easterbrook. Remember a former ESPN employee named Limbaugh?

Dave Winer offers a good perspective. So do Gillmor and Hawkins. Joshua Micah Marshall offers a convincing and reasonably sympathetic appraisal of Easterbrook -- one I find convincing.

"Try as I might to explain to myself how Easterbrook could have unwittingly walked into such an unfortunate formulation, I still find it a bit difficult. What was he thinking? I go back and forth. I’m not sure.

"Jews have some license to engage in intra-communal polemic along these lines, just as blacks do within their own community. Gentiles don't."

I think this is a textbook example, incidentally, of the danger of weblog comments. I'm now convinced that comments are the usenet of weblogs. 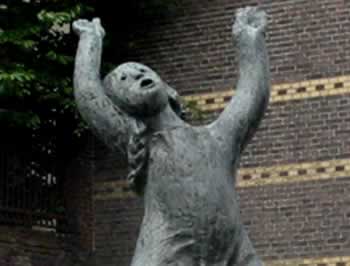 It's really very simple. All through Europe, you walk through neighborhoods and towns and farmlands where millions of Jewish children used to play. Those kids were killed, often by their neighbors, because their ancestors were Jews. Because their neighbors whispered at night that the Jews were rich, were powerful, that they controlled everything.

You can hear echoes of those neighbors today, in your neighbors' weblogs.