The lore of software speaks of great minds and decisive moments.

In the beginning, so our myths and stories tell us, the programmer created the program from the eternal nothingness of the void. Whether it is Stallman typing teco macros and wearing out the shift keys; Chuck Moore typing backwards at Kitt Peak; Goldberg, Deutsch, Robson et. al. in the parclands of California; billg hunched over Allen’s Altair emulator; Bill Joy’s VAX crashing and deleting vi multibuffer support for the next ten years; Gabriel doing The Right Thing at Lucid; or Larry Wall doing whatever.... 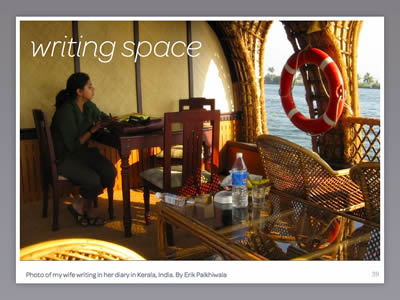 Photo of the photographer's wife writing in her diary in Kerala, India. By Erik Palkhiwala

We're told we ought not to believe it. We're told that programs come from teams, from corporate departments. Even those wild-eyed romantics, the agilists, imagine that the Customer is the ultimate arbiter. 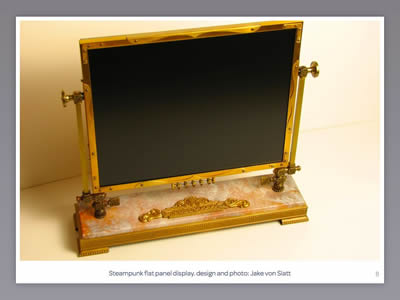 Why do I call this NeoVictorian Computing? "NeoVictorian" is a handy and imprecise placeholder. I'm thinking of a very long 19th century that runs, roughly, from Sir Joseph Banks to Heisenberg, Pauli and Dirac. From Isembard Kingdom Brunel to Louis Sullivan. From Austen to Ibsen. From Realism and Romanticism through Impressionism. What connects all these threads?

In part, a belief in right answers, in the power of the artist or the designer to find true solutions to questions. Before this era, these questions were intractable. Later, it seemed there were no right answers at all. Now, chastened by our modern knowledge of the limitations of knowledge, of reason, of ourselves, we know that those bright certainties are not as certain or are real as we once thought. But we've spent our time mourning, in depression and cynicism and irony, and we've all been taught that, if truth is a slippery and uncertain thing, lies are very real.

We long for things that are ours, even if it's just our peculiar preference for an arcane latte at our favorite coffee house, the one where we have our own mug.

NeoVictorian Computing isn't about nostalgia for brass fittings and kid gloves, but rather about an underlying belief in true answers and true designs — even though we understand, now, that sometimes truth is situated, or contingent, or just a cigar. 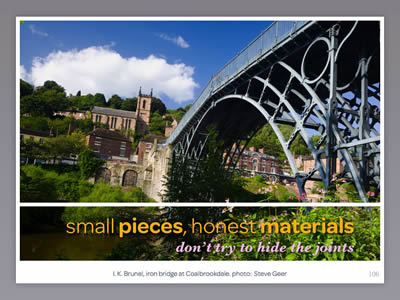 Darby and Pritchard, iron bridge at Coalbrookdale. photo: Steve Geer
on this date |