Tinderbox currently has 1,109 tests that are run just about every time I make a change. Because they’re run so often, it’s important that they run quickly. After speeding up two of the slowest tests, I took inventory; here are some observations. 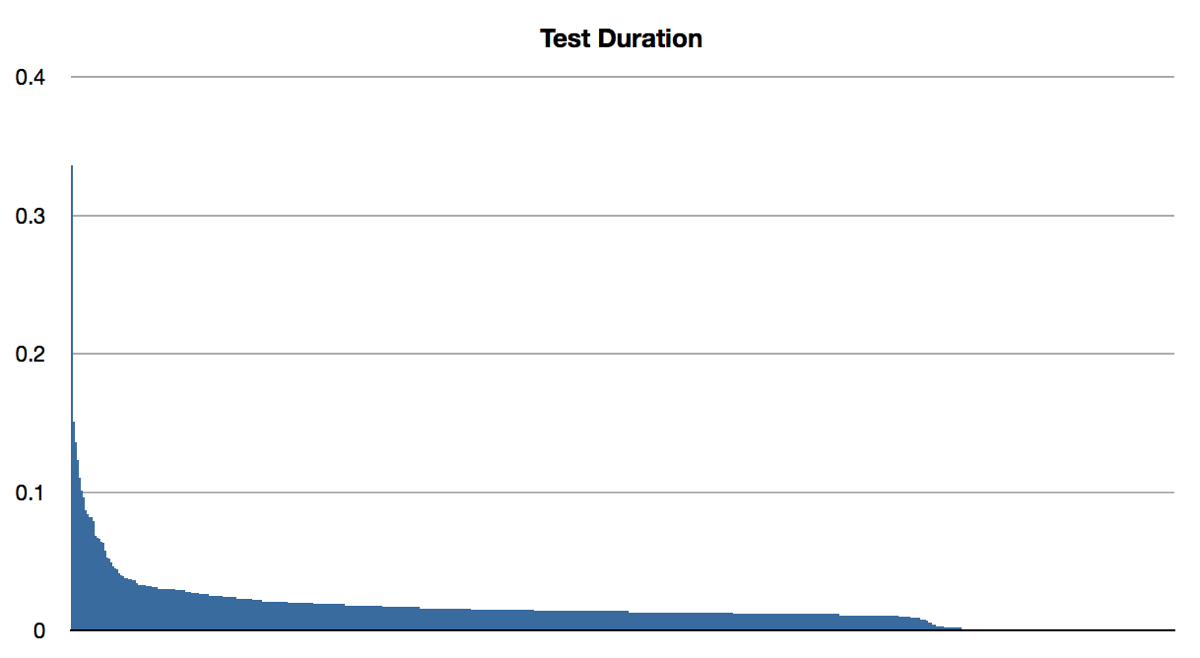