The humanities are always troubled. Right now, they have trouble in spades.

We all know that kids today don’t work hard. They don’t know much. They spend too much time lying around, listening to music, reading trash, hooking up.

It was always that way. Augustus complained about the sensuality of new immersive media and shut down Ovid’s Web site. 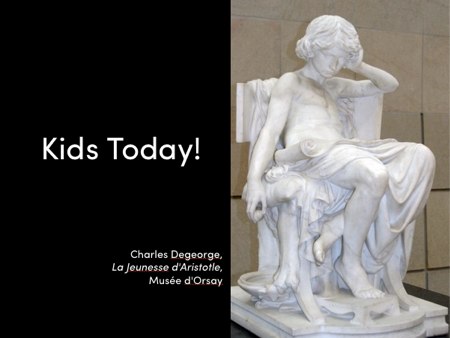 There’s far too much information for anyone to keep up with. There’s more, every year. There’s too much to read. But it’s always been like that. Not literally, of course: Franco Moretti did a terrific job of reminding us how discussion of books changes when there’s always something new at the bookstore. But it’s been that way for a very long time; Ann Blair’s wonderful Too Much To Know 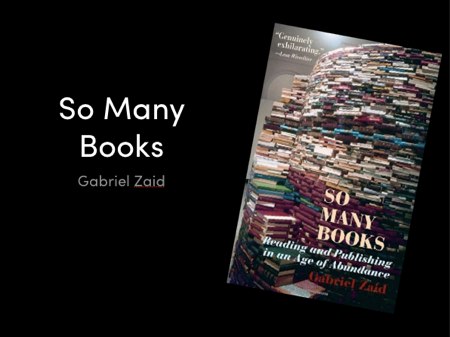 The digital humanities span disciplines. Disciplines and departments can seem like artificial administrative boundaries. They sometimes are. But we forget that even within the humanities, disciplines insist on distinct standards of evidence and argument. In Dark Age Ahead, Jane Jacobs drew an important distinction between the role of the university as an educator, and its role in administering credentials or licenses. The humanities were long notorious for their role supporting artificial constraints on the unprivileged. Schoolboy Latin and Greek no longer hold the keys to office and influence, but the scholar’s complicity on that charade has not been forgotten. The rise of the for-profit university underscores resurgent credentialism.

Differences in standards of argumentation and evidence have all sorts of concrete and social impacts that org charts and cross-listings don’t change. I’m program chair for Web Science 2013 (May 2-4, Paris), a conference that bridges computer science and social sciences (and that might like to invite art and design to drop by after dinner), and disciplinary differences cause endless trouble. Computer scientists submit finished papers t conferences; that’s how things work. Social scientists don’t; they submit an abstract, and they’ll write the paper if it’s accepted. Accepting a paper that hasn’t been written yet makes computer scientists unhappy; it seems risky and perhaps a bit shady. Writing a paper that might be rejected makes social scientists unhappy. Rejecting a paper at all makes some professors of English unhappy, since social construction of knowledge means that you’re not really rejecting the paper, you’re rejecting them. Putting together a program that’s open to lots of disciplines is a very real headache.

Non-academic conferences like TED or SXSW can bridge disciplines by simply deciding who they want to hear. This approach is underrated in academe. But it, too, is flawed, because it so often leads to a continuing round of familiar celebrity speakers. In the worst extreme, the business motivational keynote, you get speakers who are famous for being famous.