The Kolkata Lecture 5: The New Digital

Janet Murray enumerated the distinctive properties of the digital.

This sounds good, and there are real insights here, but this list doesn’t capture the spirit of computing, at least not the way developers and designers experience computing now. Computing is procedural sometimes, and declarative sometimes, and at other times it’s neither. Forty years ago, it was mostly procedural.

Lev Manovich told us of the database as a symbolic form. And that too, was insightful. But Manovich gets bogged down into the separation and interplay of procedure and data, a separation that was really interesting forty years ago.

Joseph Hari reports that the distinctive property of the digital is distraction:

And here's the function that the book – the paper book that doesn't beep or flash or link or let you watch a thousand videos all at once – does for you that nothing else will. It gives you the capacity for deep, linear concentration.

It’s true that a flashing book won’t give you much capacity for deep concentration. I haven’t seen many flashing books lately, but if you do see a book that flashes, it has probably been made to flash in order to disturb your concentration. The idea of linear concentration is alien to my experience, though, and is just as alien to Hari’s and to his editor. The three of us have all heard of the unconscious, for example, and while there’s plenty to ponder in Freud, no one after Freud has really believed his model of the mind was too complex. 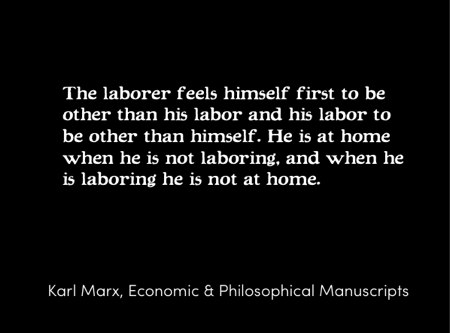 Lars Spuybroek, a Danish architect, recently wrote a fascinating book that opens with a chapter on The Digital Nature Of The Gothic. Surprisingly, his picture of the digital accords better with my experience of computing today than any of the much more popular (and deeply essentialist) views in circulation. He begins with Ruskin’s properties of the Gothic:

and finds in their refraction an intriguing picture of digital design. He imagines replacing millions of banal, mass-produced, identical objects about which no one ever cares with equally numerous objects, all different in some small ways. We both buy the same kind of laptop bag, but yours is a litttle different in size, shape, and color. Yours has a little bigger pocket. Mine has green velcro. The differences don’t have to be terribly consequential. 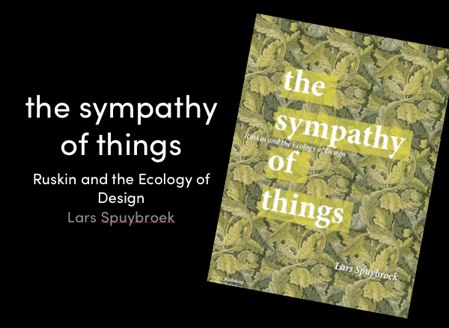 The Arts & Crafts movement tried to do this in workshops, but doing this by hand makes things intolerably expensive. But we don’t have to rely on handwork. As all design moves to computers, we simply program degrees of variation into the system.

We tell the computer, “try different color combinations.” We also give it constraints. “You can leave out the water-bottle holder and it’s still a laptop bag. But if you leave out the bottom, it’s not. So, please, no bags without bottoms.” We can adjust and adapt. “When you decide to you add a bottle holder, try adding reflective tape to the back and a clip for a bike light.”

Small pieces, loosely joined. Generative grammars. Constraints. Machine learning. Links among things. This is beginning to sound like my kind of computing!

They all do, in any case; you can’t read the same story twice. You have changed, and reading the story has changed you. But the story itself can literally change, too. And, knowing that it will be different this time, we may experience this literary machine in a new and different way.